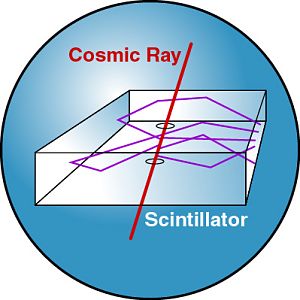 In this post we propose the use of a detector based on a SiPM coupled to a plastic scintillator for the detection of cosmic rays. The detector we are going to use has been described in the previous post SiPM & Plastic Scintillator. To increase the security that logged events are actually caused by cosmic rays we have chosen to use two identical detectors superimposed to each other and connected to a coincidence circuit.

In previous posts we have already been described detectors and measurements of cosmic rays :

So we will only describe the new experimental setup we have used.

As seen in the figure above the two plastic scintillator crystals were placed one above the other and separated by a lead screen to stop environmental radiation.

In the images below you can see the detectors in overlapping position for measurements in coincidence and in the side-by-side position, used to evaluate the random coincidence due to spurious events or background radiation. 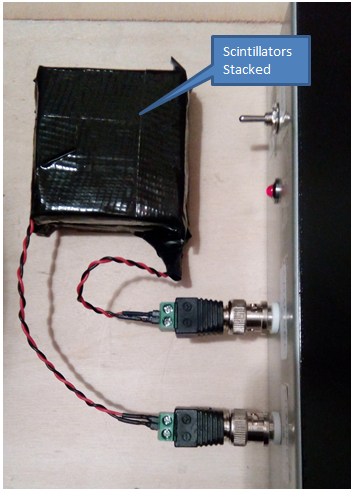 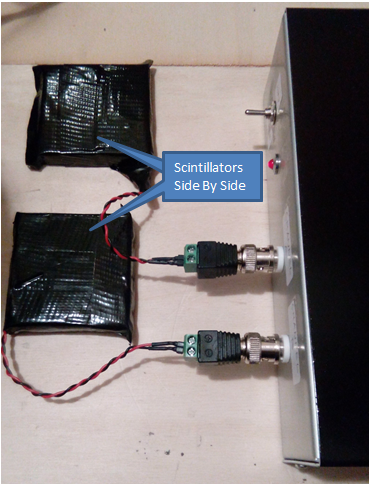 The pulses from SiPM are sent to an electronic device that performs the shaping of the pulses and produces the coincidence pulse with an AND logic gate :

Positioning the scintillator crystals side by side, the result of the counting is practically zero, this is a sign of good temporal “resolution” of the coincidence circuit, in fact the pulses generated by the fast comparator, and used within the coincidence logic, have a duration of only about 200ns; the probability of false coincidences is therefore very low.

By positioning the crystal scintillators one above the other a count value close to the theoretical value is obtained, this value corresponds to the expected value for the cosmic ray flux on the detector surface.

The flow of particles that reach the detector ( at sea level ) should have the following value : 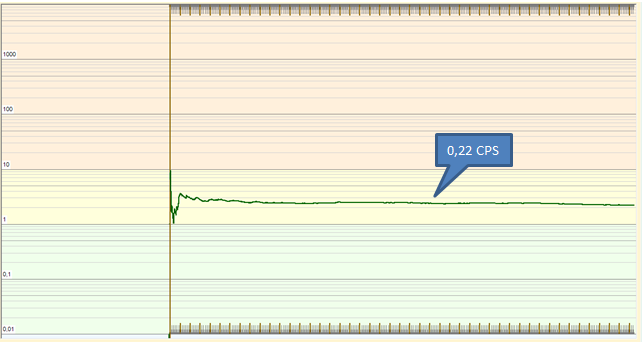 The value obtained is 0,22 CPS which is little lower to the theoretical value of 0,78 CPS.