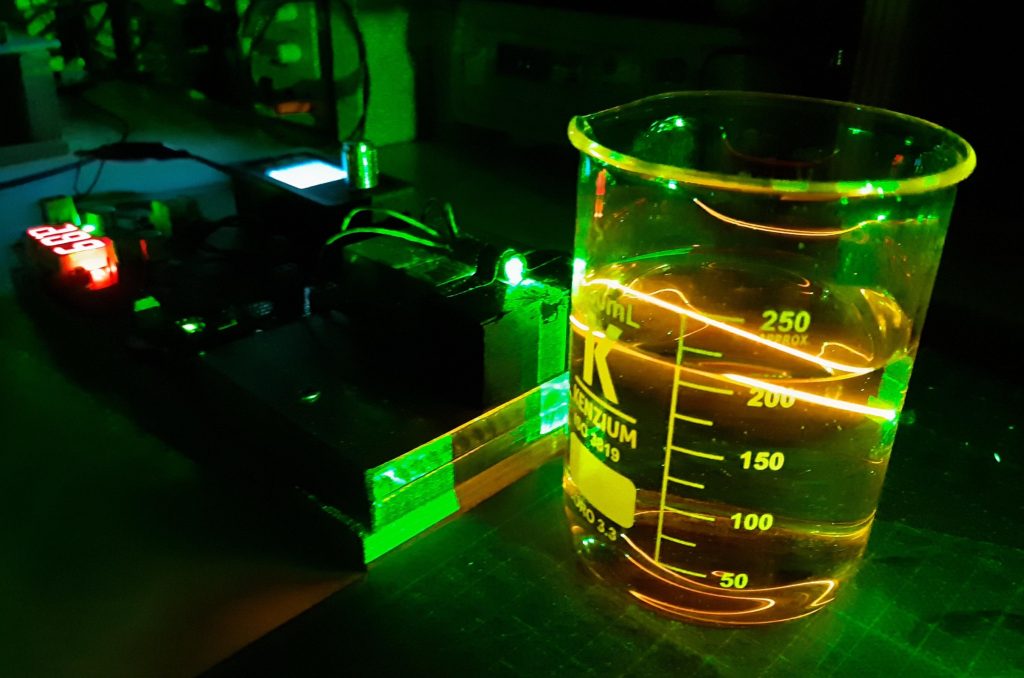 Abstract: in this article we describe some fluorescence quenching measures in some substances. The phenomenon of quenching occurs when some molecules absorb the energy of the fluorophores. This interesting phenomenon can be used in quantitative measurements for the determination of the quencher concentration and also, through the Stern-Volmer model, for the study of the temporal decay of the fluorescence.

Quenchers are molecules with a high vibrational degree of freedom, such as water, which absorbs almost all the energy of the fluorophore, or paramagnetic ions or even ions of heavy atoms such as iodine, bromine, etc. Collision-type quenching is favored by the temperature, which evidently increases the kinetic energy. This reduces fluorescence and phosphorescence, this explain why fluorescence and phosphorescence occur mainly at low temperatures. The kinetics of the process is described by the Stern-Volmer equation.

From the study of fluorescence quenching, using the Stern-Volmer model, it is also possible to obtain quantitative indications on the decay time of the fluorescence itself.

The experimental setup consists of the system for fluorescence measurements, described in the previous post fluorescence spectroscopy. It consists of a cuvette holder, a led excitation source and a fiber optic spectrometer (we used a reconditioned B&W Tek). The apparatus is shown in figure 1. 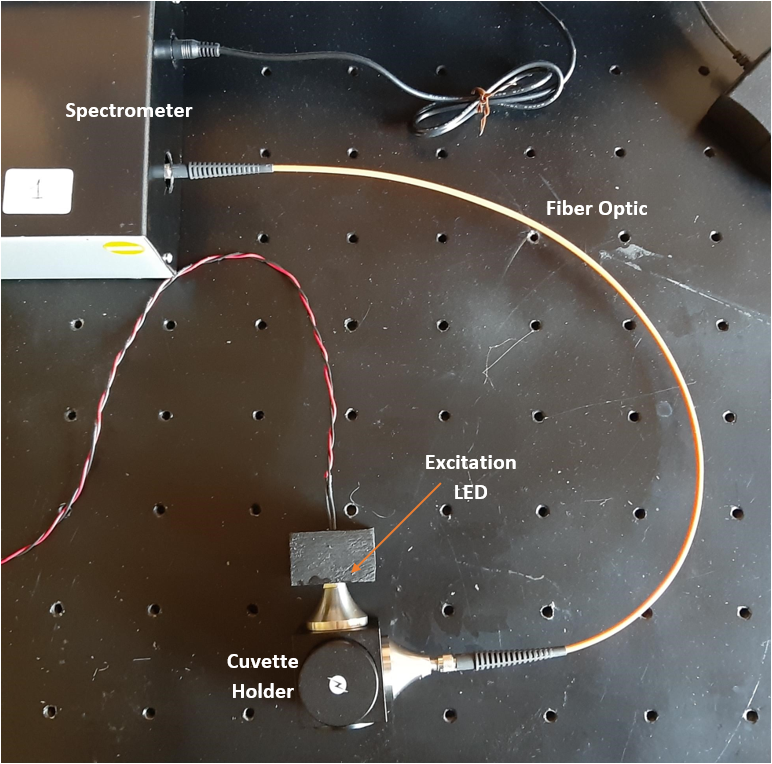 The excitation source of the fluorescence is a high quality LED driven by a driver which guarantees stability of the output current, in order to have a constant excitation light intensity during the measurements. We used two LEDs, one that emits in the near ultraviolet, for quinine measurements, and one that emits in the blue band, for fluorescein measurements. The UV LED is shown in figure 2, while in figures 3 and 4 the emission spectra of the two LEDs are reported. 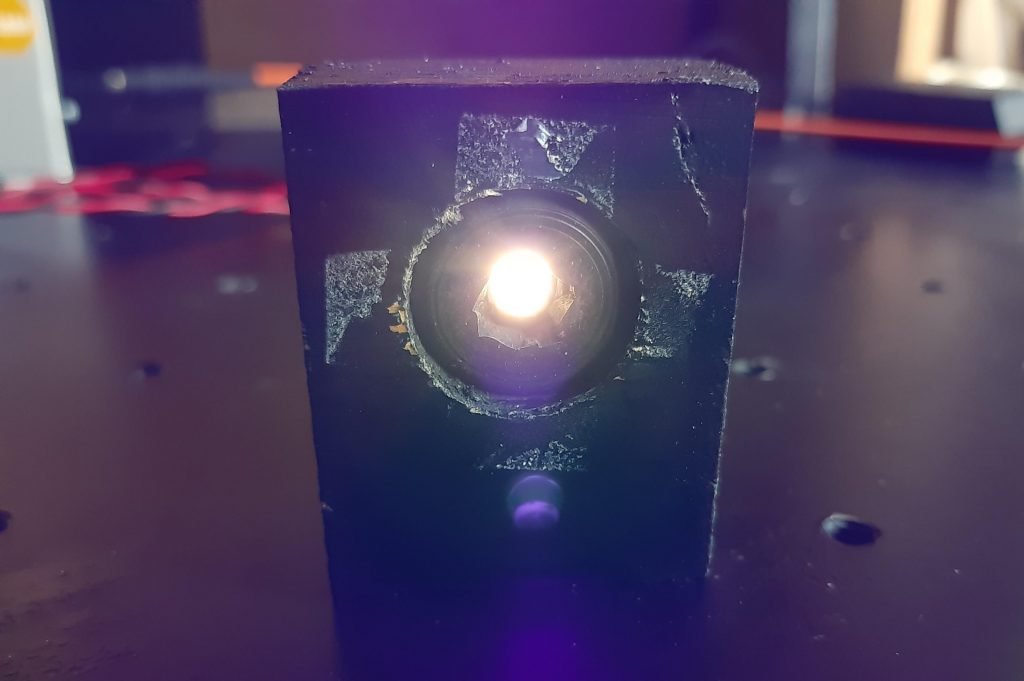 Measurements on quinine quenched with NaCl

Fig.5 – Fluorescence spectra of quinine at various concentrations of the quencher NaCl 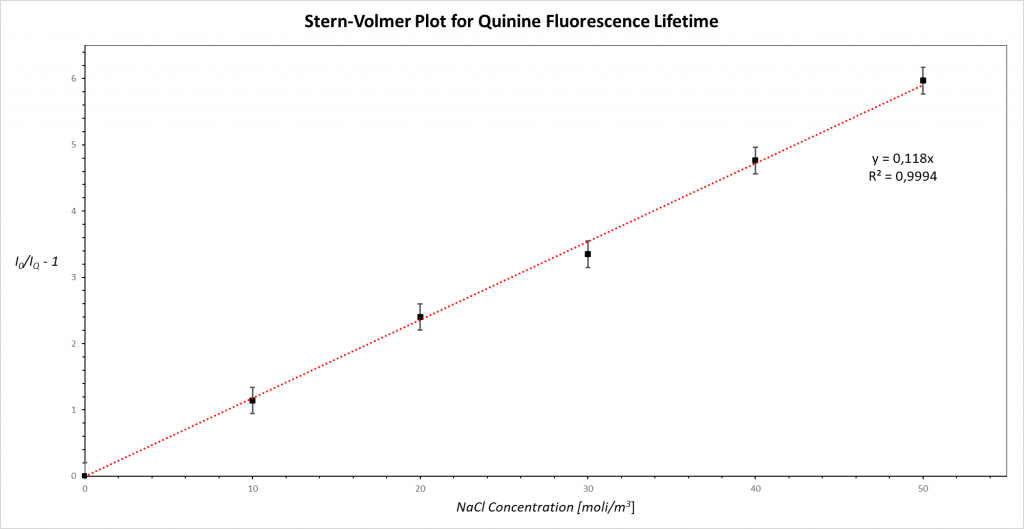 Measurements on fluorescein quenched with KI

Fig.7 – Fluorescence spectra of fluorescein at various concentrations of the KI quencher 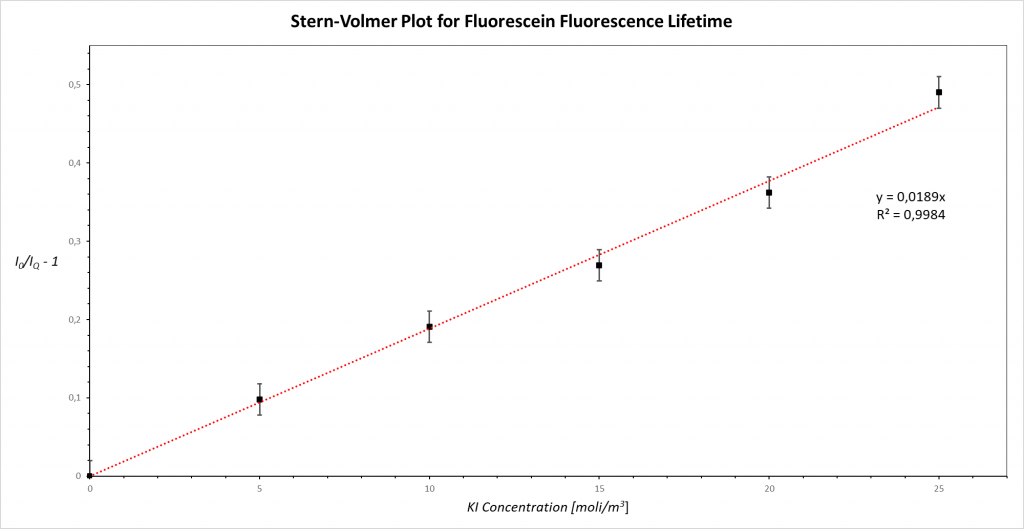 Fig.8 – Regression line of the Stern – Volmer equation for the fluorescence of fluorescein