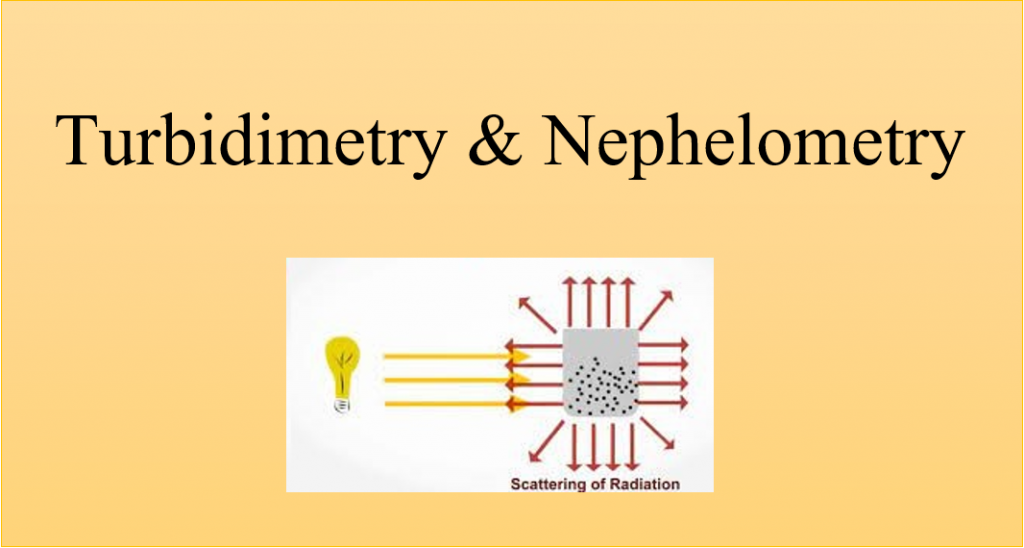 Abstract: in this post we describe the application of the SMA Thunder Optics spectrometer and the Spectragryph software in spectrophotometry measurements of turbidimetry and nephelometry.

In the previous post: Thunder Optics Spectrometer & Spectragryph, we described the Thunder Optics SMA Spectrometer (hereafter referred to as the TO spectrometer) and used it to acquire the spectra of some light sources. We now continue the experimentation activity by using this equipment for turbidimetry and nephelometry measurements.

Turbidity is an optical property due to the presence of suspended particles inside the liquid, that particles could be clay, colloidal substances, and microorganisms that cause the dispersion and absorption of light, rather than transmission. The measurement of the absorption and dispersion of light can be conveniently used, after adequate calibration, to determine the concentration of the suspended particles. The optical phenomena caused by suspended particles strongly depend on the size of the particles and on their optical properties. Turbidity measurements are divided into two broad categories: turbidimetry and nephelometry. Turbidimetry, which consists in measuring the absorption of light, is applied when the size of the particles that cause turbidity is greater than a micrometer: in this condition, absorption prevails over diffusion. Instead, when the particles have smaller dimensions, tens or hundreds of nanometers, the diffusive effect prevails and therefore a different method is used, called nephelometry which consists in the measurement of diffused light.

Turbidimetry is based on the classic measurement of the absorbance of the suspension, while in nephelometry the scattered light is measured by placing the sensor at right angles to the direction of arrival of the light. The sensor can be for example a photodiode but a sensitive spectrophotometer can also be used.

The calibration of the turbidimeter is obtained by measuring standard suspensions of formazine. These are sample solutions that provide a calibrated reference in standard units of measurement. However, these sample solutions are quite expensive, in our DIY laboratory we used a different approach: we prepared a series of suspensions by mixing distilled water with hydrophilic cutting oil, which is also easily available online. By increasing the percentage of oil, suspensions with gradually increasing turbidity are obtained. In this way we cannot make “absolute” measurements, comparable with measurements obtained with professional turbidimeters, but we can evaluate the linearity of the measurements and have a term of comparison. Our sample suspensions (Fig. 1) were obtained by mixing oil and water in concentrations of 5 ml/l, 10 ml/l, 25 ml/l and 50 ml/l. 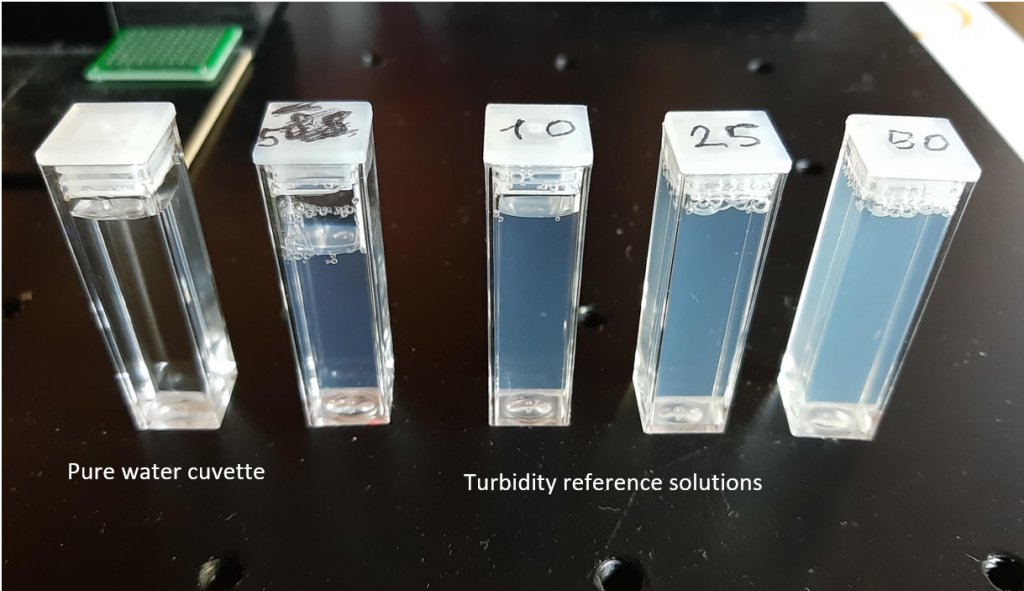 For the turbidimetry measurements we used the TO spectrometer together with the cuvette holder and the Mini Light Source also by Thunder Optics, all in the configuration adopted for the absorbance measurement, as described in the post Absorption Spectroscopy  and depicted in Fig. 2.

For the nephelometry measurements we used the TO spectrometer together with the cuvette holder and the DPSS laser source emitting at 635 nm, all in the configuration shown in Fig. 5. It can be seen how the light source and the fiber for the collection of diffused light are arranged at right angles.

The results of the measurements are shown in Fig. 6, where the spectra of the scattered light from our reference suspensions are reported. The light source is a DPSS laser that emits on red at 635 nm, the diffused light will have the same wavelength and increasing intensity as the concentration of the suspension increases. We measured the peak intensity for each spectrum and related it to the suspension concentration, in order to verify the linearity of the relationship and draw the calibration curve (Fig. 7).

Applications of Turbidimetry for the Monitoring of Bacterial Growth

Photometric techniques for the measurement of turbidity can be used to quantitatively evaluate the bacterial population within a liquid solution. Bacteria, fungi and other unicellular organisms, if present in sufficient concentration, make the liquid turbid, by measuring the turbidity it is therefore possible to trace the quantity of microorganisms present. In this way, for example, the rate of bacterial growth can be monitored as a function of the temperature or the concentration of nutrients present in the solution.

For bacterial and yeast growth a simple incubator has been set up which has the function of maintaining the suspension with the culture broth and microorganisms at the ideal temperature for growth. It is a thermo-insulated polystyrene container inside which the heat source is placed, that is a simple 25 W bulb, driven by a thermoregulation circuit that allows you to configure the required temperature (range: 25 °C – 40 °C). The incubator is shown in Fig. 8. 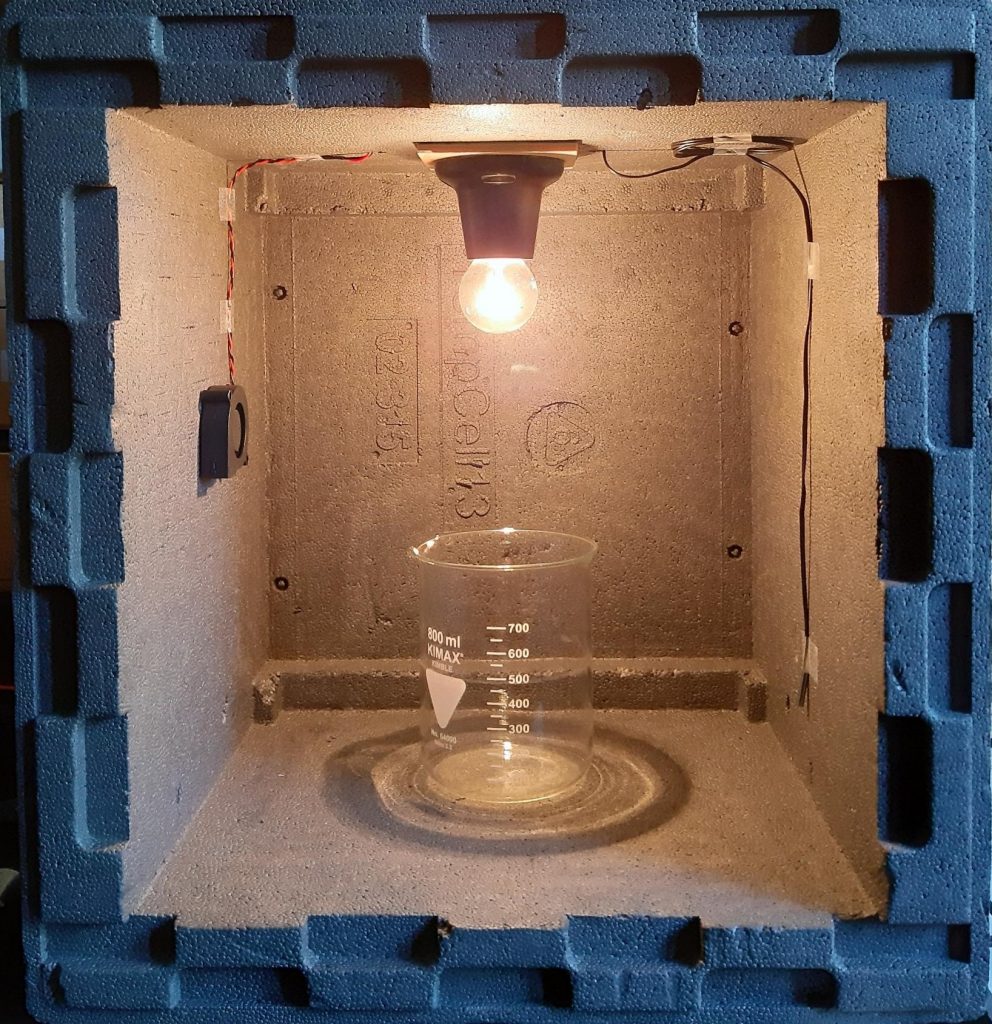 Fig. 8 – Incubator for the growth of yeasts and bacteria at a controlled temperature

We have prepared a culture broth for yeast growth. Yeasts are a group of fungi, formed by a single type of eukaryotic cell, which can have an elliptical or spherical shape. The most commonly used yeast is a saccharomycete, scientific term Saccharomyces cerevisiae, which has been “domesticated” for thousands of years for the production of wine, bread and beer.

The solution was obtained by dissolving 10 g of glucose and 10 g of soy peptone in 500 ml of deionized water. Peptone is an intermediate product of the enzymatic digestion of proteins. Glucose and peptone are used to activate yeasts so that the process of fermentation and cell reproduction begins. In Fig. 9 we show the culture broth and the flask with the fermenting yeast. 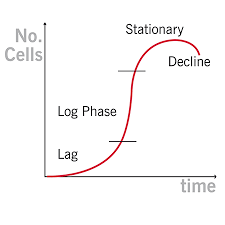 We added a grain of fresh brewer’s yeast to the culture broth and placed the liquid solution inside the incubator configured to maintain a temperature of 36 °C. At regular intervals, for example every 30 min, a small amount of the solution is taken and placed in a cuvette for the turbidity measurement. Both the absorbance method and the nephelometric method can be used to measure turbidity. We have adopted the nephelometric method which provides for the measurement of the light scattered by the sample. The measurement is shown in Fig. 10 : in the first phase there is no growth and the turbidity of the solution is low, then the growth of the yeasts begins, the solution becomes more turbid and the diffused light gradually increases. In the last phase the situation becomes stationary and the turbidity remains almost constant. Plotting the optical density of the suspension as a function of time, the growth curve shown in the image on the side is obtained.

Our apparatus consisting of the SMA Thunder Optics spectrometer equipped with various accessories has proved to be suitable for turbidimetry and nephelometry measurements. This allowed us to successfully apply spectrophotometric techniques for turbidity measurements of colloidal solutions. As an example, we have applied this technique for monitoring yeast growth in a liquid culture broth.