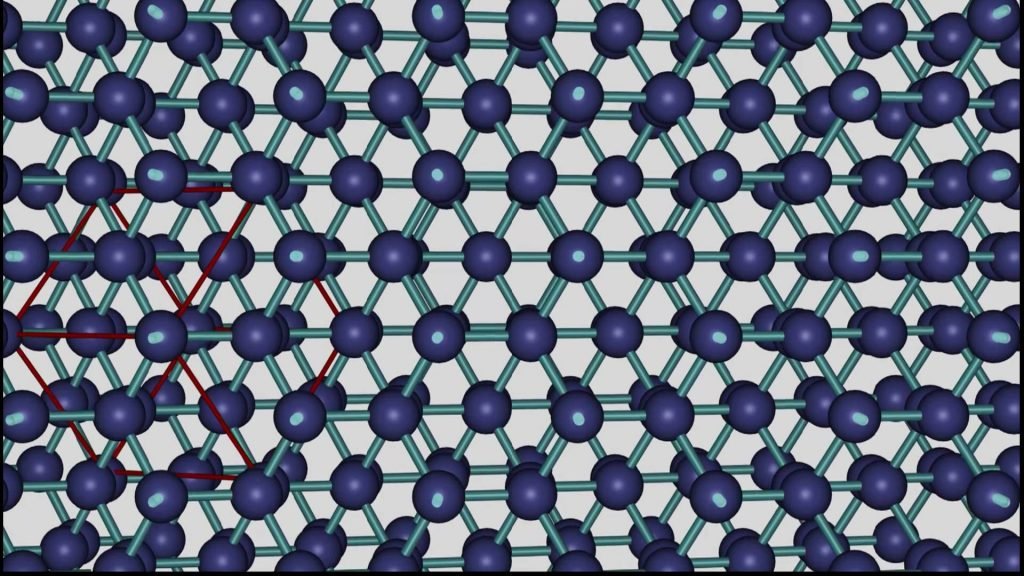 Silicon and Germanium are examples of covalent crystals.
In these solids the atoms are linked to each other by covalent bonds rather than by electrostatic forces or by delocalized valence electrons that work in metals almost like a “glue”. The most classic example of covalent crystal is the diamond that belongs to the fcc cubic crystal system. Each carbon atom will thus covalently bind with four other carbon atoms arranged tetrahedral to give the crystalline diamond building, shown in the figure below. Covalent crystals are also called for obvious reasons “lattice crystals”. In a sense, every atom of a covalent crystal is part of a giant molecule that is the crystal itself. These crystals melt at very high temperatures due to the considerable strength of the covalent bond.

The diamond structure is also known as the zinc-blend structure, where each site of a Zn2+ e S2- ion is occupied by a carbon atom. Each carbon atom covalently binds by sharing an electronic doublet with four neighboring carbon atoms, with the result of forming a lattice that extends over a huge number of elementary cells in each direction, forming a crystal with covalent lattice.

The structure of the diamond, formed by energetic bonds between carbon atoms that constitute a rigidly interconnected three-dimensional lattice, makes it very resistant to deformation and therefore extremely hard. The diamond is among the hardest known substances and is widely used in industry for cutting other materials. The diamond structure is also adopted by silicon and germanium.

We performed the XRD analysis of two mono-crystalline silicon samples: a 1 cm side cube and a thin 0.5 mm thickness plate. The samples and results of the XRD analysis are shown in the figures below. 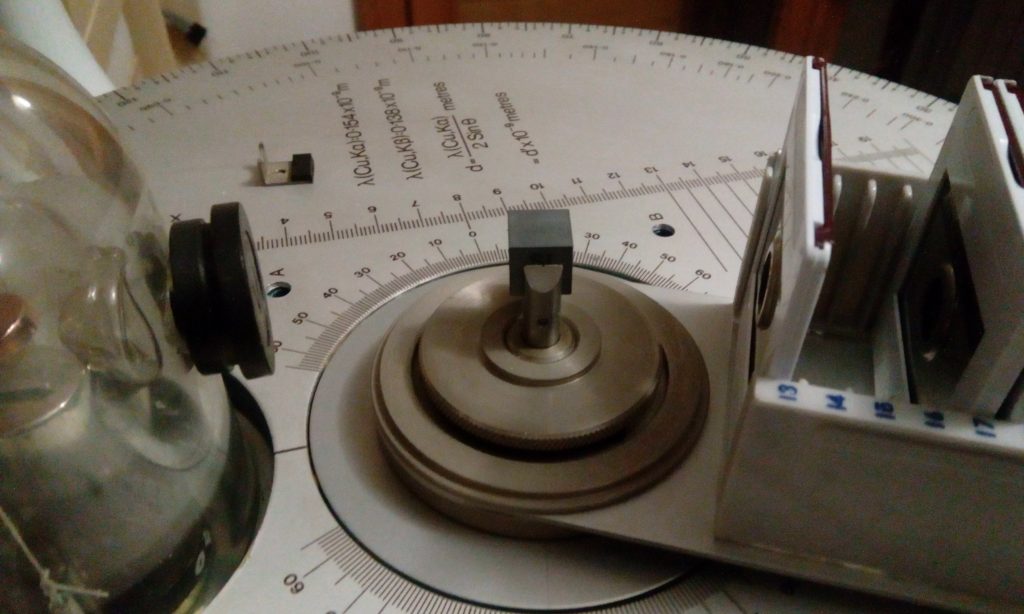 Applying the selection rules we can qualitatively evaluate the reflection peaks for the various crystallographic planes, as in the table below.

We verify that the experimentally obtained Bragg peaks are compatible with the fcc structure. Meanwhile for a cubic crystal with lattice constant a, the distance d between adjacent lattice planes (hkl) is computed as follows:

The values ​​of a obtained are congruent with each other, a sign of the correctness of the initial hypotheses. They are also close to the correct value for silicon unit cell size which turns out to be 0.543 nm.

the silicon mono-crystalline plate is sufficiently thin to allow the transmission of the X beam, this has allowed us to obtain the Laue image shown below, in which the symmetry of the crystalline structure is quite evident.

A sample of germanium was also subjected to XRD analysis. The images below show the sample in the diffractometer and the result of the scan, compared with the data obtained for silicon. Note the correspondence of the peaks, even if for germanium the angles are smaller, even the intensities of the peaks are comparable. 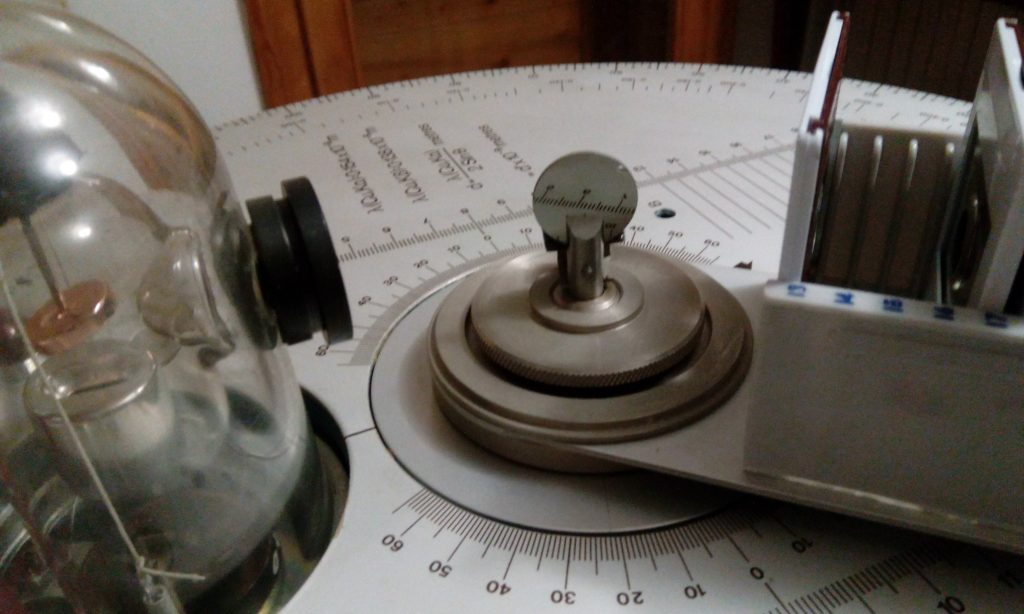 Also for germanium we make the same calculations made for silicon in order to verify that the structure is cubic fcc and to evaluate the dimensions of the base cell.

The values ​​of a obtained are congruent with each other, a sign of the correctness of the initial hypotheses. They are also close to the correct value for germanium unit cell size which turns out to be 0.566 nm.