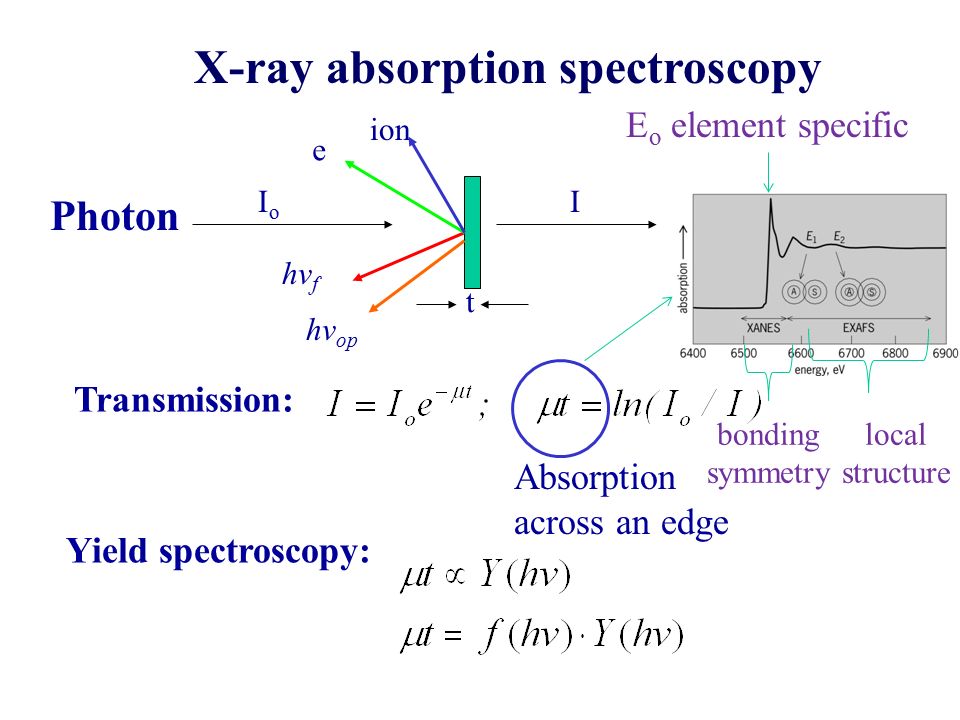 The study of the X-ray absorption can be performed with our diffractometer. A crystal such as NaCl diffracts each wavelength of incoming radiation at a different angle, according to Bragg’s Law.

Solutions with lower values for n are more intense than solutions for higher n, so for the purposes of this experiment, all but the lowest value of n which yields diffraction will be ignored. Hence :

First of all we have to record a spectrum with a “blank slide” in place (no absorber). It is necessary to know the intensity of the original radiation beam in order to later calculate percent transmission. The spectrum is shown in the chart below. 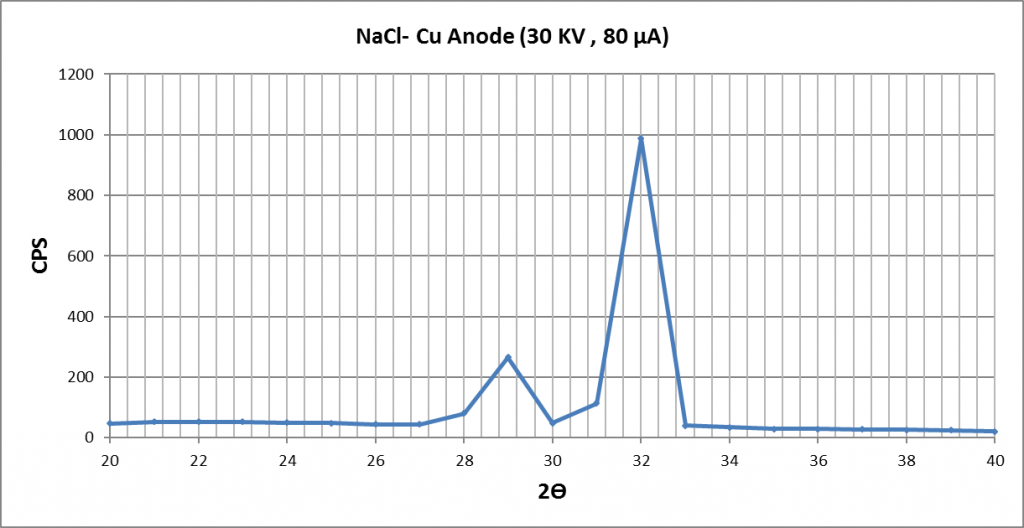 After this first measure we insert the Copper (Cu) filter and record another spectrum with exactly the same settings. We Repeat this procedure, replacing the filter with Zinc (Zn), Nickel (Ni), and Cobalt (Co). The intensities measured with the various filters are compared to the original intensities in order to calculate the X-ray transmission (%), related to the X-ray wavelength or, better, related to the X-ray energy.

The charts below show the X-ray percent transmission for each filter as a function of energy, for Cobalt and Nickel, in the first chart, and for Copper and Zinc, in the second chart. In the charts there is evidence of a rapid transitions in transmission which occur in each material. These are known as absorptions edges. Of particular note is the graph of Nickel. Copper Kβ radiation is of an energy just above the Ni absorption edge, while copper Kα radiation is below the absorption edge. Nickel is used to selectively filter out Kβ radiation, allowing experiments to be performed with only Kα radiation. 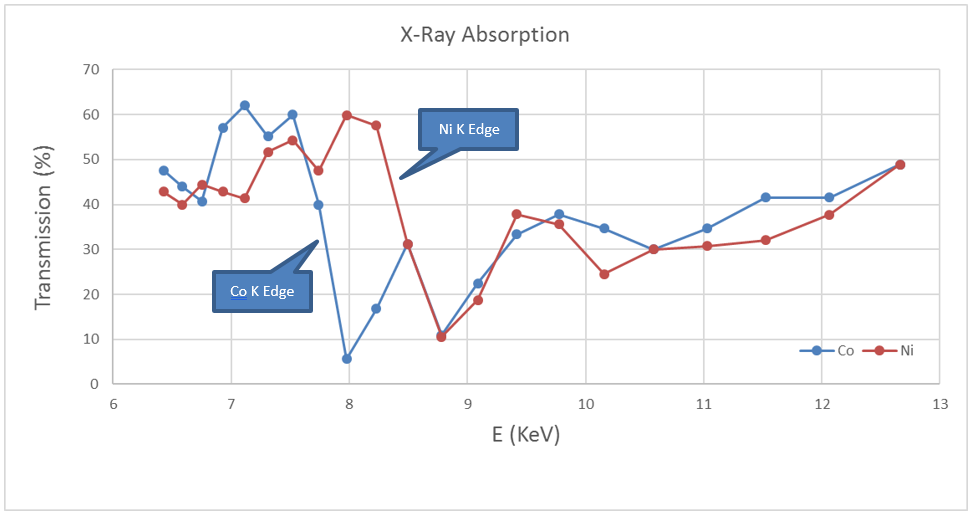 Observe that only the Cobalt Foil has absorbed or “filtered out” both the CuK emission lines but that Nickel has dramatically discriminated between the Kβ and Kα radiation.
Clearly the absorption of X- rays is dependent not only on the thickness of the absorption material but also on true nature of the material itself.
The Linear Absorption Coefficient is not therefore sufficiently definitive for X- ray purposes, especially with thin foils where the effect due to the material is greater than that due to thickness.