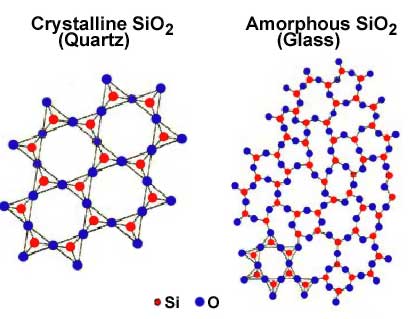 Silicon and oxygen are the most abundant elements on the earth’s crust. Silicon is found in nature always chemically combined with oxygen to which it binds with the strong chemical bond Si-O. This simple combination of these elements (Silicon Oxide) is known as Silica. Silicon dioxide exists naturally in the crystalline form known as quartz. Actually, quartz crystallizes with difficulty but the “geological” times allow to obtain well-defined crystals, which is why it is relatively easy to find quartz crystals.
The amorphous form of silica is glass. When the molten silica is cooled, the very viscous liquid composed of silicon and oxygen, due to the strong bonds between these atoms, can not reorganize into a crystalline matrix, and the “chaotic” structure of the liquid is preserved in a material which in all practical respects is a solid.
Glass is the prototype of the amorphous material in which there is no regular periodic structure, for this reason it does not produce any Bragg reflections but only diffuse scattering.

The images below show the diffractometer setup for glass and quartz scans. 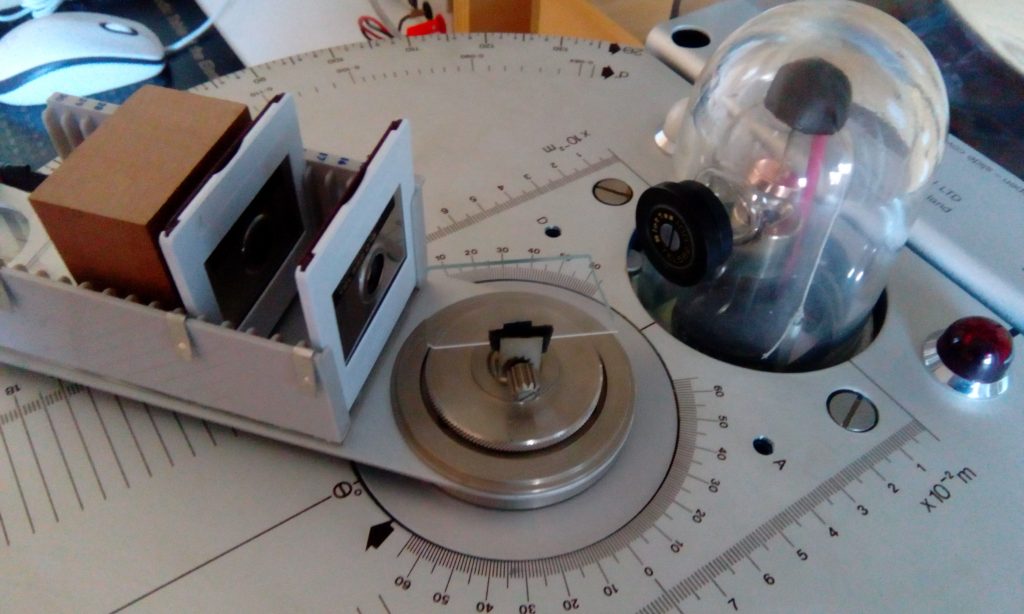 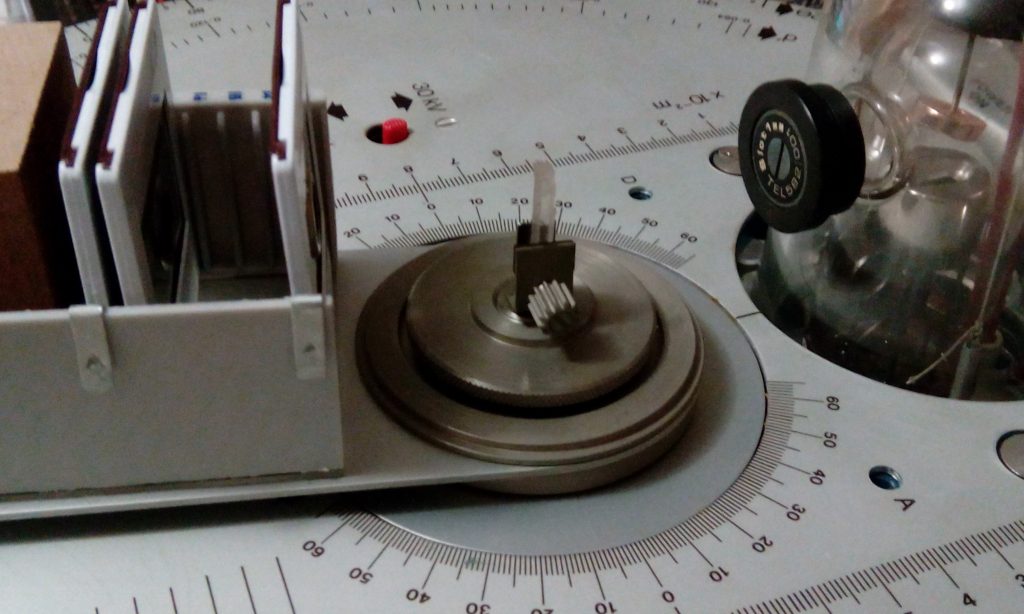 The graphs below show the result of XRD scans. It can be seen that the quartz has two evident peaks in correspondence with the reflections of the crystalline planes (100) and (200), while the glass has only a diffused scattering. 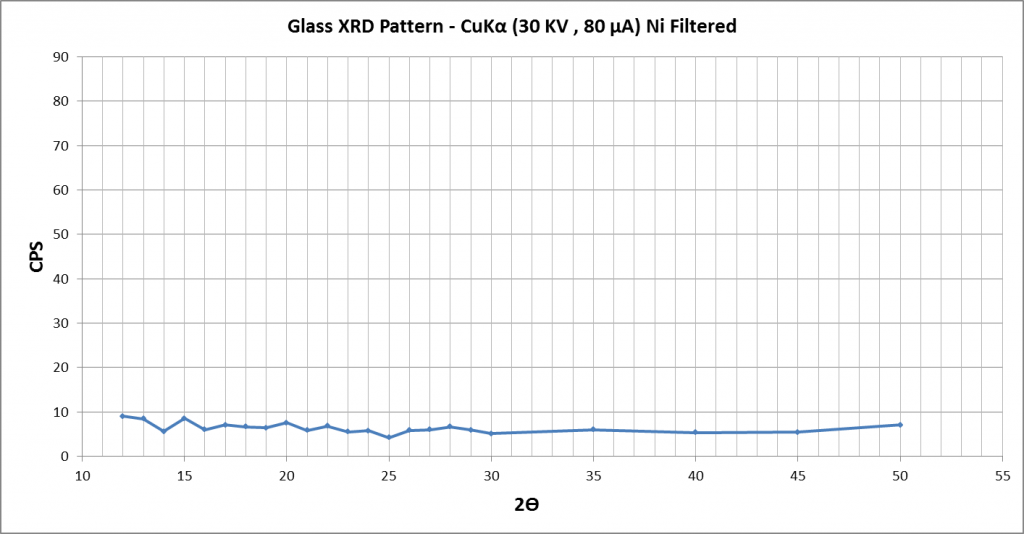 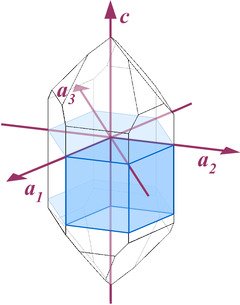 The values of d obtained are congruent with each other, a sign of the correctness of the initial hypotheses on the crystallographic planes. They are also close to the correct value for the interplanar distance for quartz which is 0.426 nm.
We know that the crystal structure of the quartz is hexagonal, as shown in the image on the side, where the side of the unit cell on the a plane is 0.491 nm. The xrd scan was made by orienting the crystal according to one of the prism planes so the Bragg reflections (100, 200) correspond to the planes parallel to the prism face.
From simple geometrical considerations it is possible to verify that a is the side of the equilateral triangle, while d corresponds to the height, from the vertex to the side.

With the glass and the quartz crystal we have made some diffractograms with the Laue technique. The results are shown in the images below.
It can be seen how the glass produces only a diffused scattering around the central spot of the transmitted beam. Quartz, on the other hand, produces a series of reflective spots arranged on ellipses, a clear sign that it has a crystalline structure. 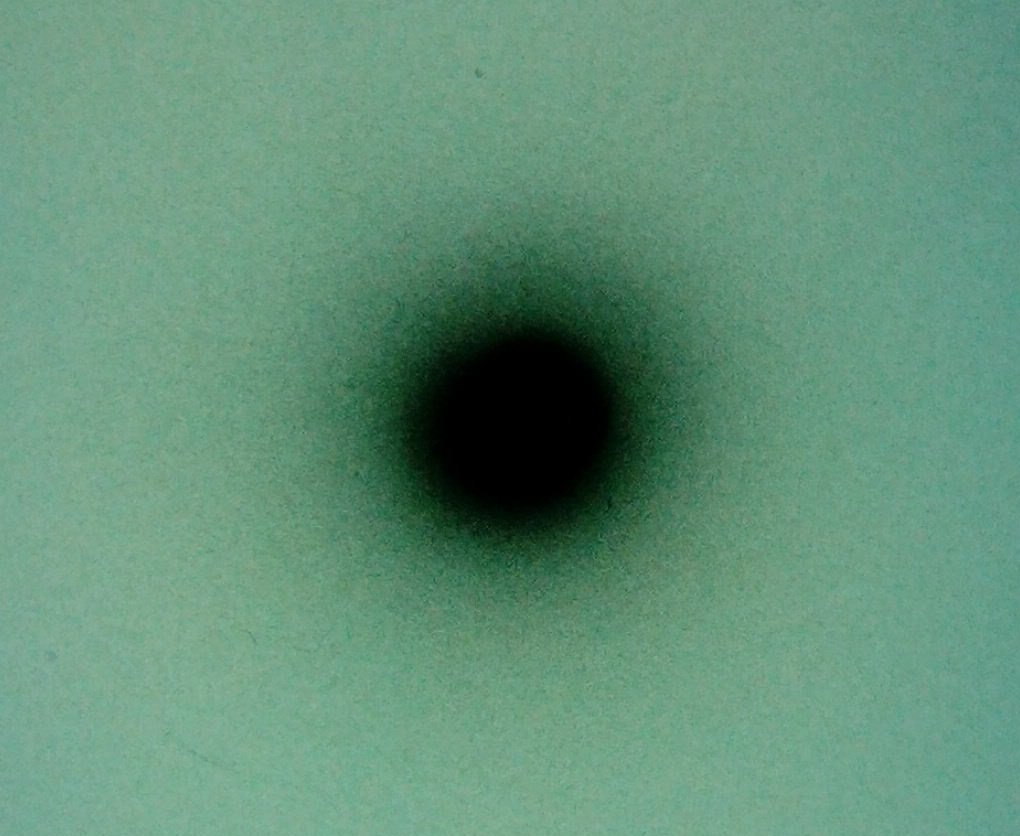 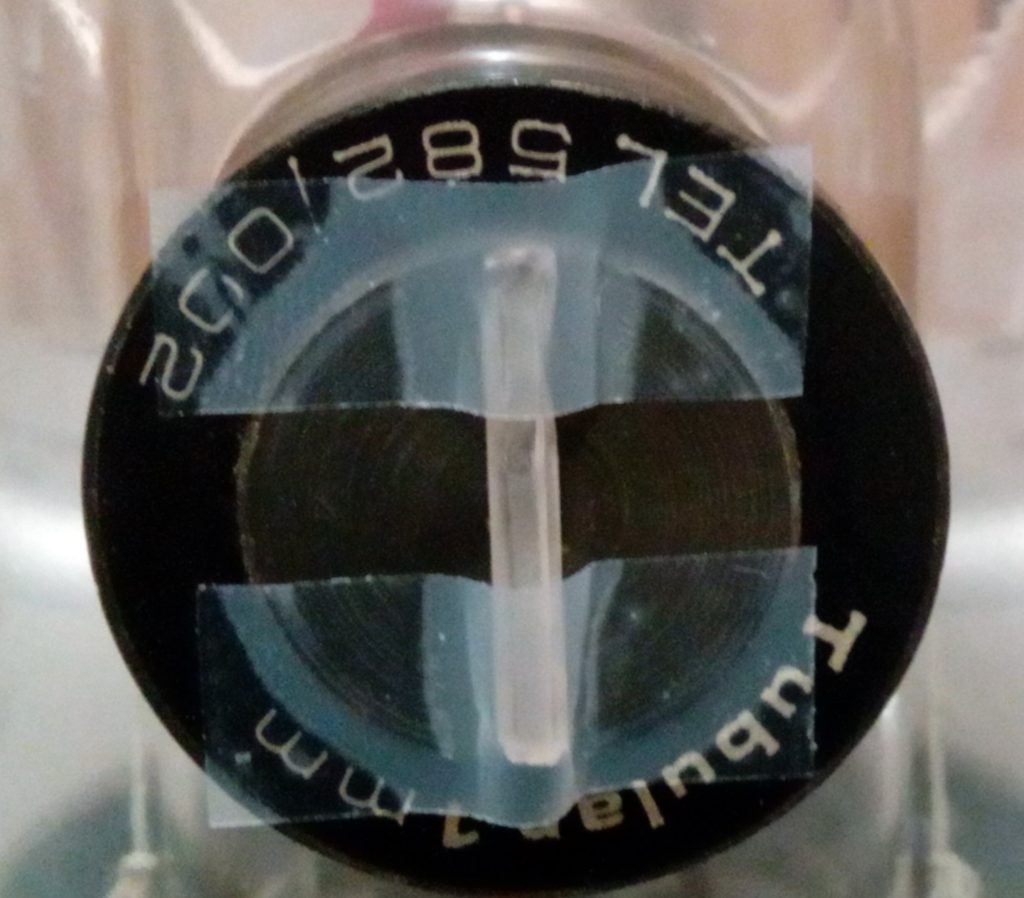 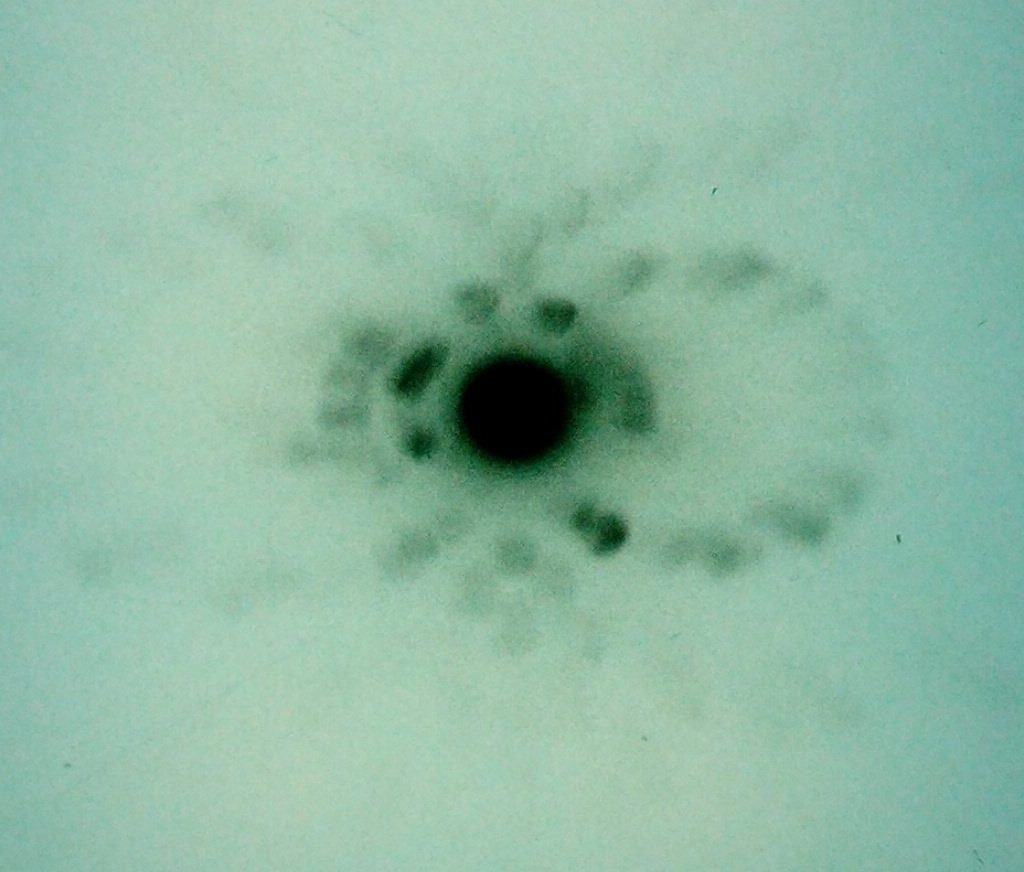