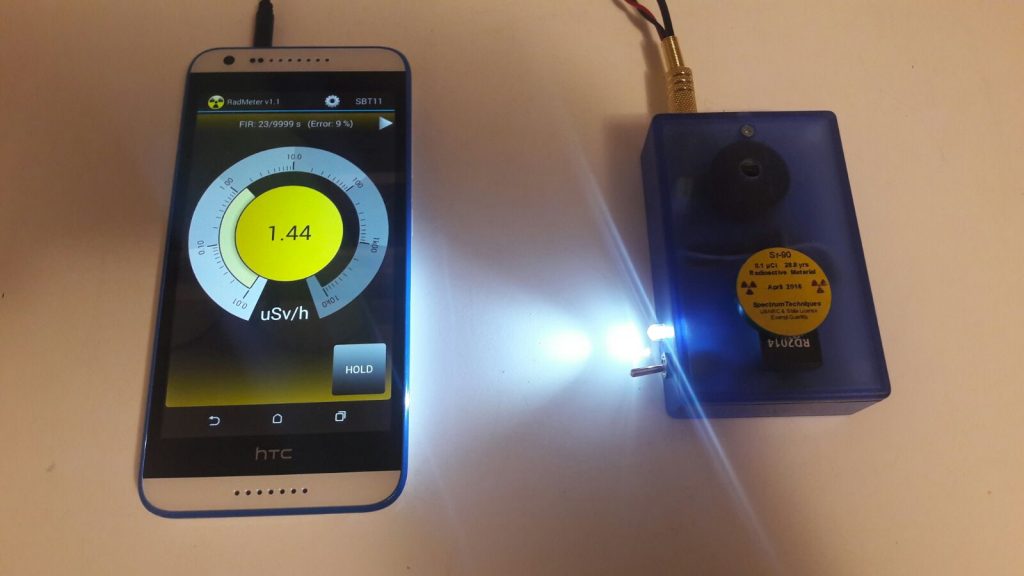 The purpose of this project is to build a small portable radiation detector with the possibility of being connected to an android smartphone. There are many “apps” available on the google play store that are thought to transform the smartphone into an advanced radiation detector, but to accomplish all this you need a radiation detector !
For this project we decided to use a small solid state detector. These types of detectors are not as sensitive as a normal geiger tube would be, but they are smaller and they do not need high voltages.

In the image below the equipment is shown. The small blue box hosts some circuitry, a 1.5 V battery, an ON / OFF switch, a LED and a small buzzer. On the front face there is the RD2014 solid state detector and in the bottom side there is the plug for the smartphone connection. 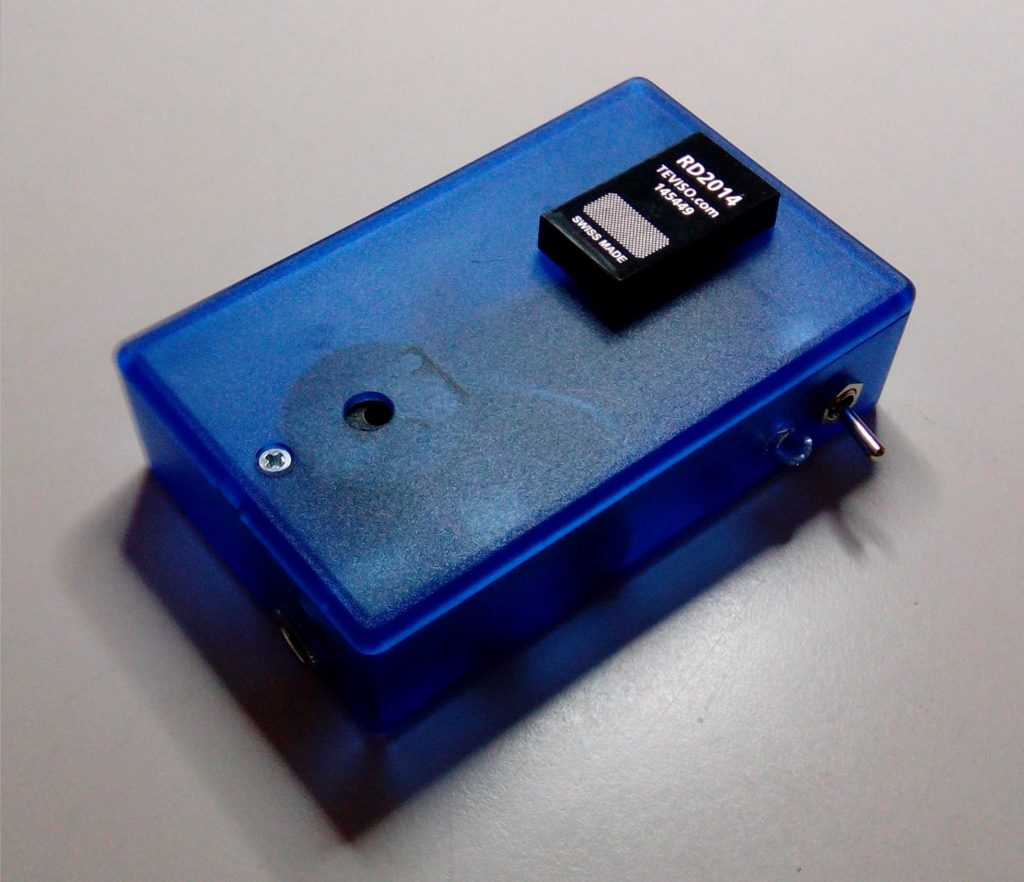 The solid state detector is based on a PIN diode (p-type, intrinsic, n-type diode) which is a diode with a wide region of intrinsic semiconductor material (undoped) contained between a p-type semiconductor and an n-type semiconductor.
The advantage of a PIN diode is that the depletion region exists almost completely within the intrinsic region, which has a constant width (or almost constant) regardless of disturbances applied to the diode. The Intrinsically region can be made large as desired, by increasing the area in which the pairs of gaps can be generated.
The generation of charge carriers within the intrinsic region may be due to the radiation incident lumionsa, For these reasons, many photosensors include at least one PIN diode, such as PIN photodiodes or phototransistors. In addition to the light radiation, the charge carriers can also be generated by gamma radiation or X radiation: for this reason, a PIN diode can also be used as a solid state radiation detector.

We choose to utilize a radiation detector that contains a PIN diode array plus a circuitry which amplifies the signal and generates a TTL output.

The hardware part is based on the “Theremino Checker”. This small circuit takes power from a 1.5 V battery and creates, by means of the Step-Up DC-DC converter MAX 1724 chip, the 5 V voltage that is needed by the RD2014 detector. The signal from the detector is used to drive two transistors : the first has the aim to produce the signal for the smartphone, while the second drives the LED and the buzzer. 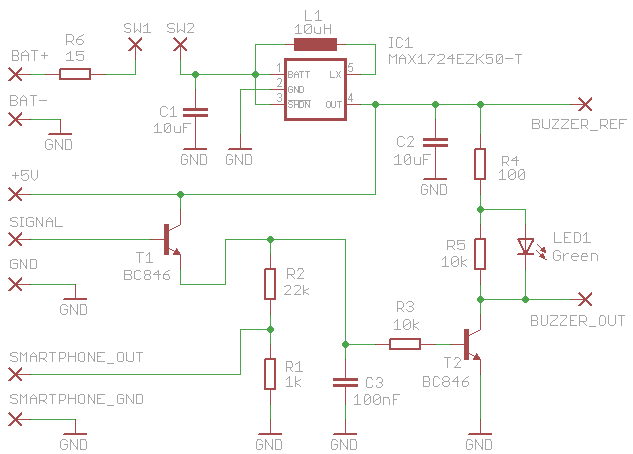 The image below shows the rendering of the circuit populated with SMD components. The battery can be connected directly on the rear face of the PCB. Other detailed information on the checker can be found at this link Theremino Checker.

The image below shows the inside of the equipment with the checker, a switch, and the plug for the smartphone cable. The signal for the smartphone has to be connected to the microphone line. The pin-out should follow the OMTP standard, as depicted in the second image. In the event that the smartphone follows the CTIA standard the connections must be inverted. A capacitor (100 nF) has been inserted in the mic line in order to cut the DC voltage that some smartphones supply toward the microphone. 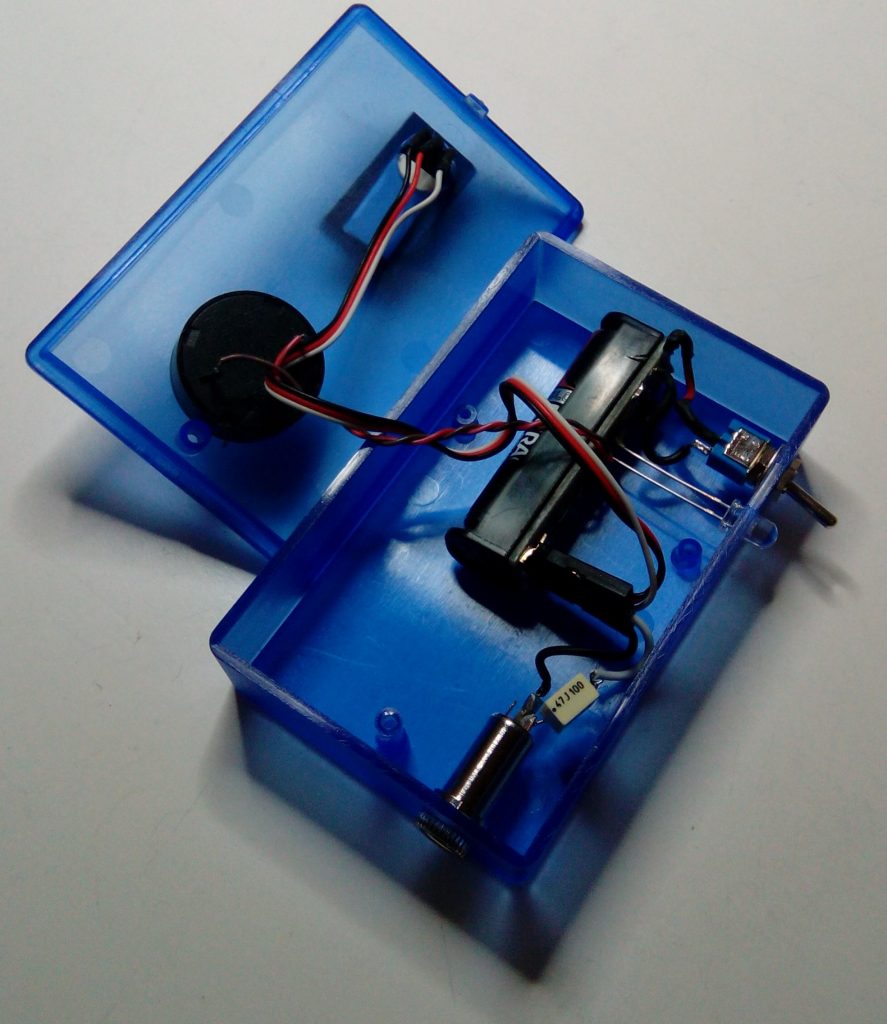 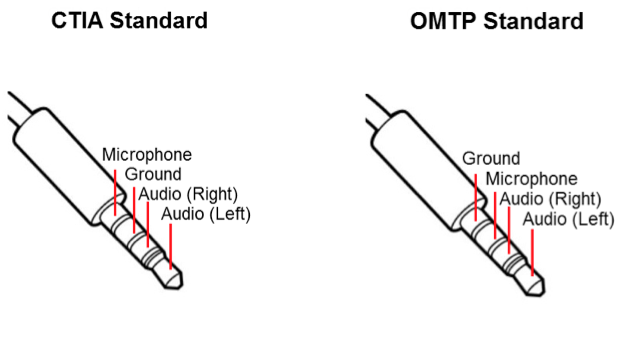 The software we used is the RadMeter from Optivelox. This is an Android App which can be downloaded from the play store. The application consists of three main screens. the first one shows the value of the measured radiation, the second shows a chart with a plot of radiation intensity vs time, the third shows the pulses recorded by the application. Of course there is the possibility to change the type of detector (geiger tube, PIN diode, etc …) in order to match the sensitivity and obtain a value close to the real one.

The images below show the three screens. 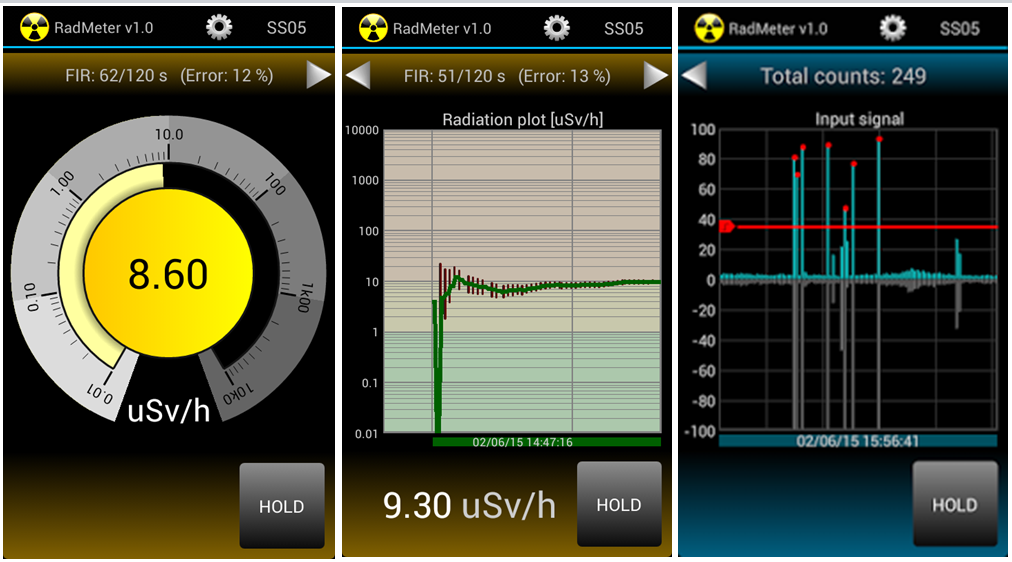 Below you can see an example of the mini-geiger plus a smartphone with a “nice” 0.1 μCi Sr90 pure β source : the solid state detector is well sensitive to β radiation !