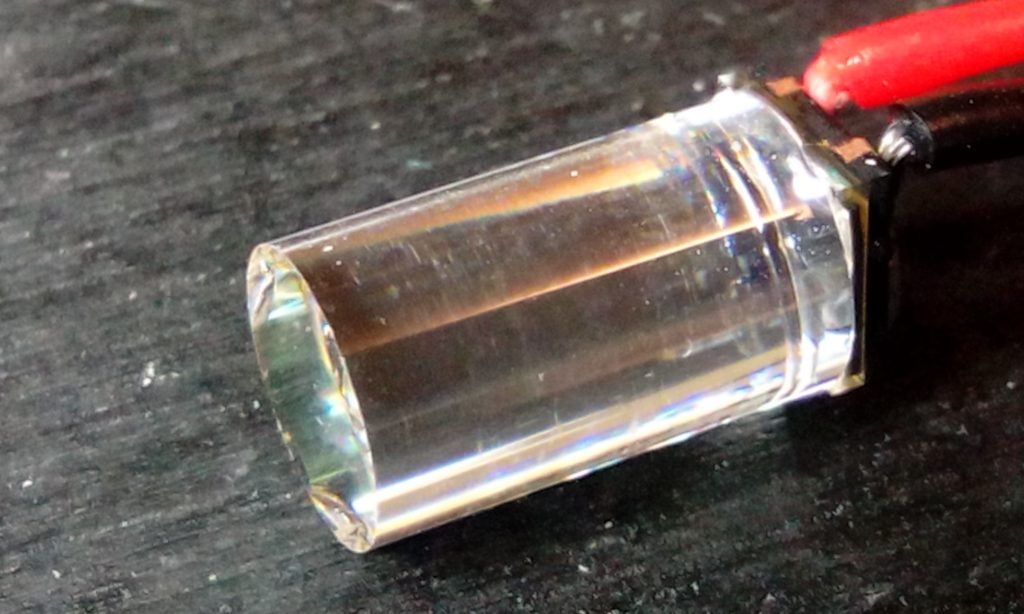 From EPIC Crystal Co. we received two scintillator crystals BGO (Bismuth Germanate – Bi4Ge3O12) with cylindrical shape with 6 mm diameter and length 10 mm. With these crystals we would like to try to build a SiPM based radiation detector for beta and  gamma radiation. The BGO scintillato has been described in the post Scintillation Crystals. The BGO crystal is not the latest new in the field of scintillation crystals but it is rather cheap, rugged and with quite good properties, therefore it is worth doing a test to assess whether, together with a SiPM detector, can be a valid alternative as a radiation detector. 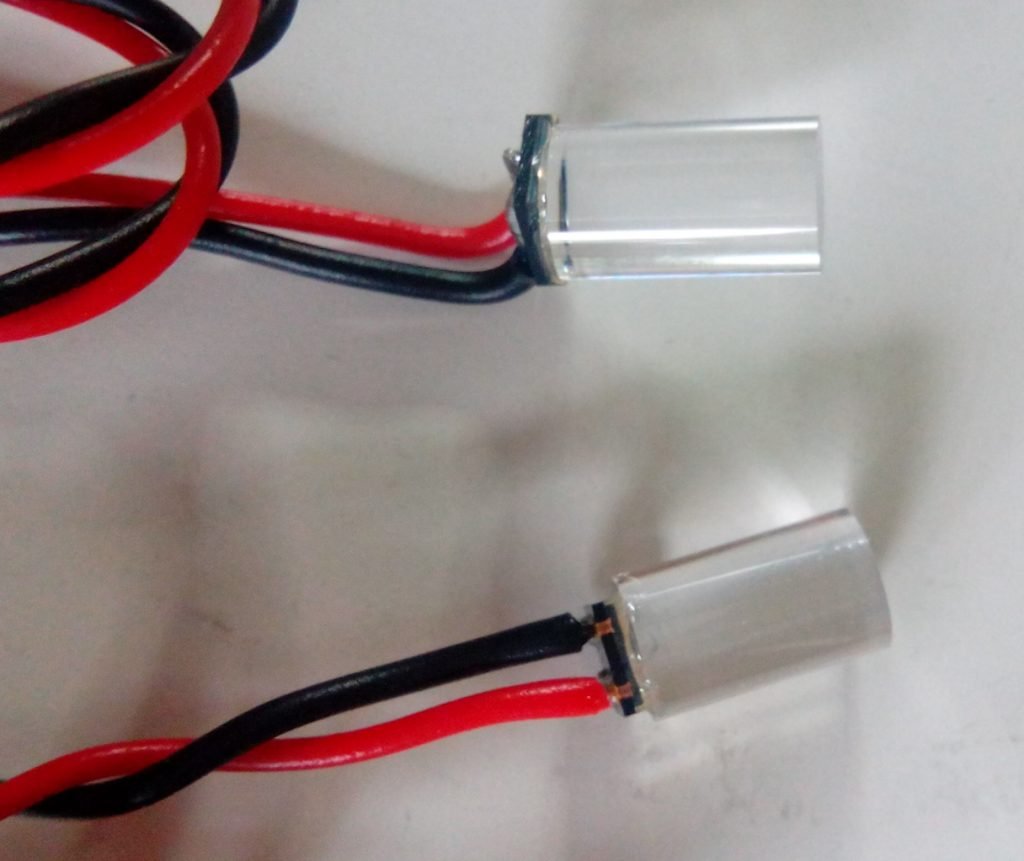 The BGO crystal with its SiPM has been wrapped in PTFE tape (teflon) in order to increase the light yield. The teflon tape is white so it reflects back the light that would otherwise come out. The crystal is then covered with black heat shrink sleeve in order to shield the SiPM from ambient light, and the front face is protected with aluminum foil. 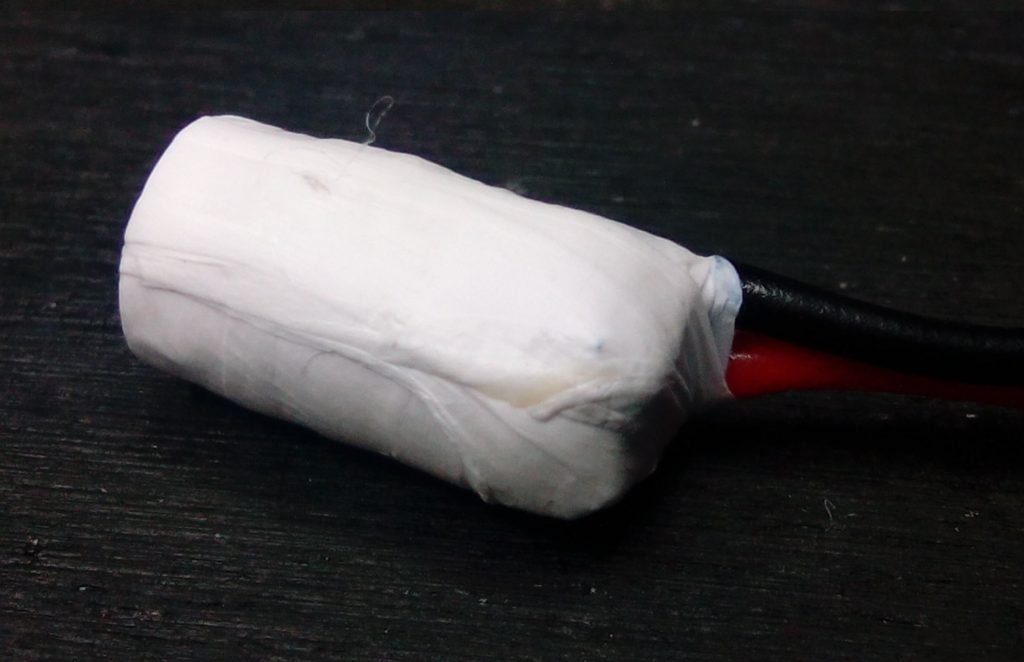 In the image below you can see the detector inserted in a small aluminum pipe. On the front side there is the front face of the BGO crystal, covered with an aluminum foil in order to shield the detector from the ambient light. The wires that connects the SiPM exit from the rear side of the aluminum pipe. 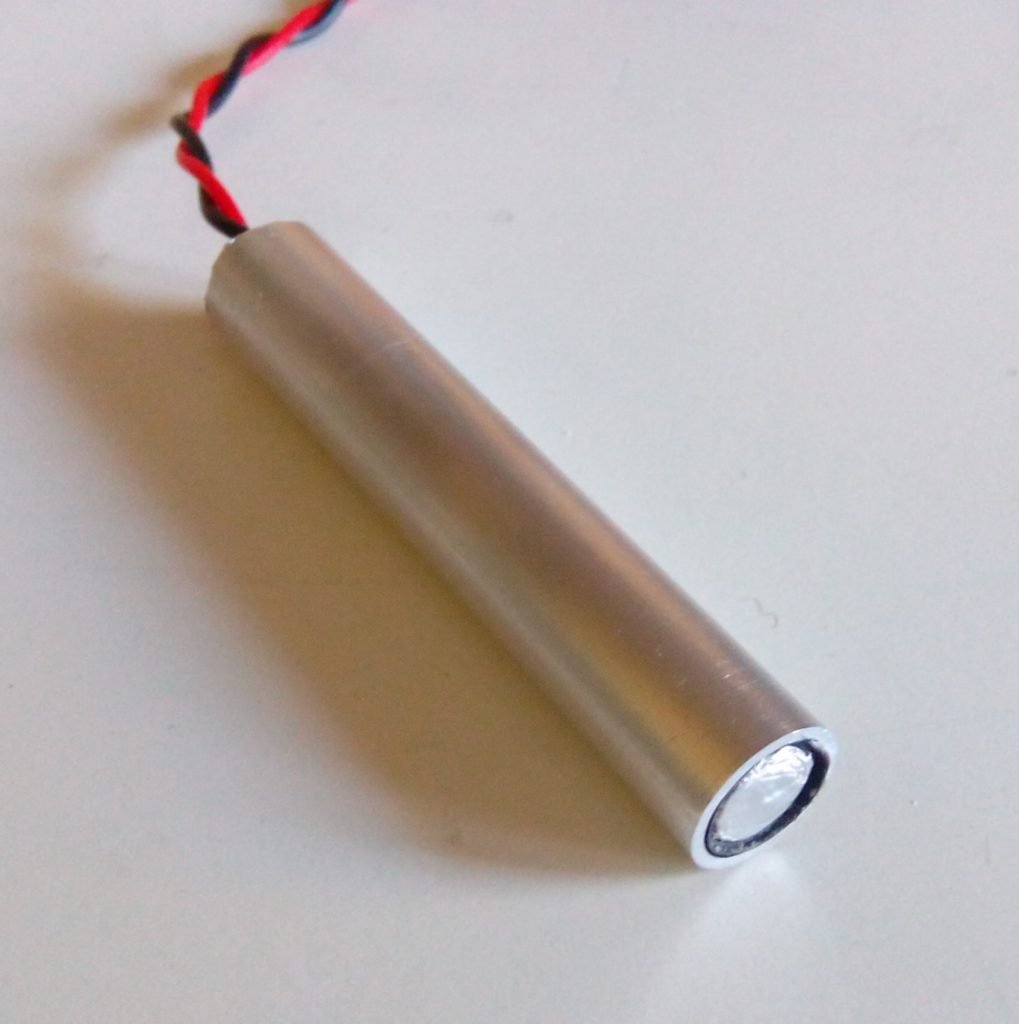 The image below shows the detector connected to the SiPM driver – amplifier, described in the post Trans-Impedance Amplifier. The bias voltage, to compensate the low quantum yield of the BGO crystal, has been set rather high : 31.5 V. In other SiPM configurations (with LYSO and Plastic scintillator) we have used a bias voltage of 30 V, but with BGO we preferred to increment a little bit the bias voltage in order to have a higher gain. 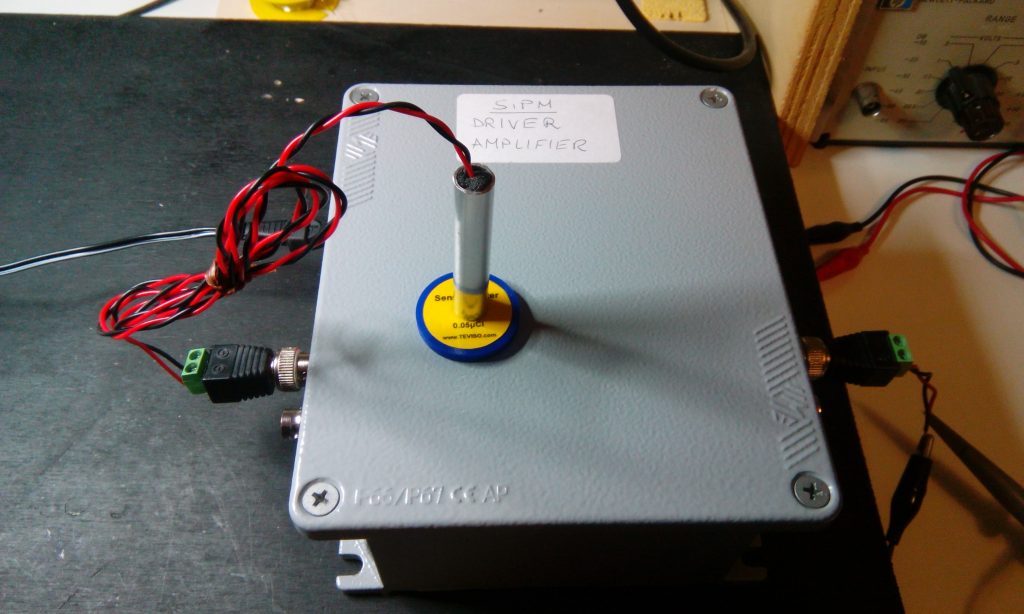 In the image below there is the oscilloscope trace of the SiPM-BGO pulse. It can be noted that the duration is about 800 ns, but it is interesting to note that the pulse decays is quite fast in the first part and slower in the second part of the pulse. Thus the BGO crystal features two different decays time constants. The SiPM-BGO detector is rather sensitive but the crystal is little so the efficiency is not that high because the likelyhood of getting an interaction between a γ or β radiation is low. In order to get an acceptable response from the detector it is necessary to put the detector very close to the source, otherwise, with the detector farther from the source, the count decreases quickly.
We did some tests with various sources, the table below shows the results.

It is interesting to note the high results correspondent to Sr90 and Na22. The Sr90 source and Na22 source are β emitters. Sr90 is a pure β emitter while Na22 emits γ and β+ (positrons). The BGO crystal is sensitive, with high efficiency, to β particles so it responds well to β radiation.
BGO, with its high density, is also sensitive to γ radiation but the limited crystal physical volume does not permit to reach count rates as high as the β rates, nevertheless it works honestly also with pure γ emitters such as Cs137.

With Na22 source we did a coincidence pulses counting test. The two SiPM + BGO detectors have been put close to the Na22 source, in opposite directions at 180°, as shown in the below image. The signals were then sent to the PSoC-based coincidence detection unit, shown in the second image. With this setup we expect to obtain a significant coincident pulse count due to the emission of gamma photons at 511 KeV in opposite directions, resulting from the annihilation of positrons emitted by the β decay of the Na22. 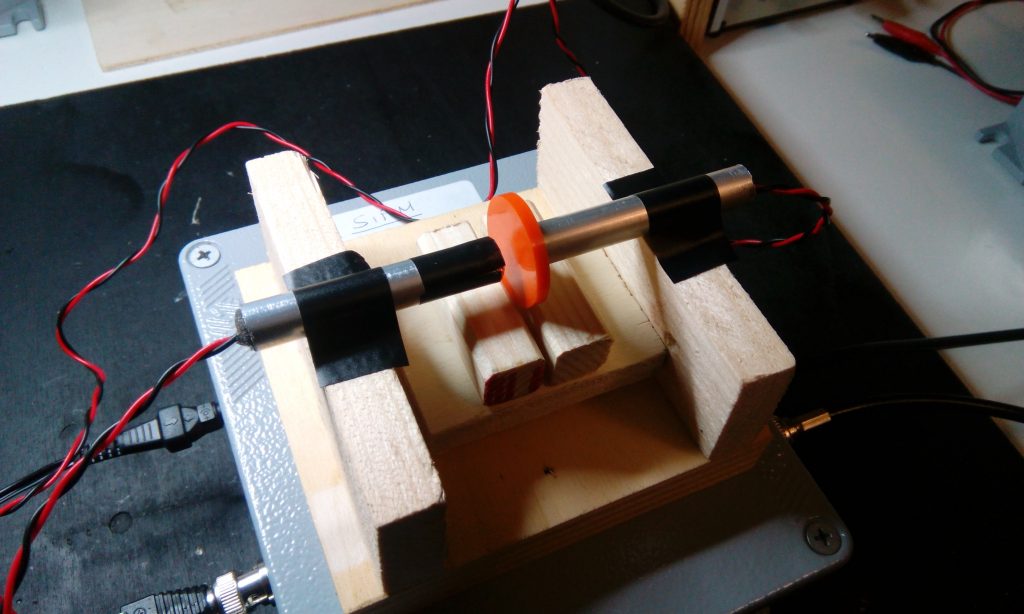 The following table shows the measurement results. With both detectors you get quite high rates, due to source proximity. The rate of coincidence is also high as expected by the positioning of the two detectors.

We can say that this test led to positive results. The detector built with SiPM and BGO crystal is very sensitive to β radiation and it works also with γ radiation even if with lower sensitivity. One advantage of BGO crystal is the absence of intrinsic activity while the LYSO crystal, which features higher quantum yield, contains Lutetium which has a rather high intrinsic radioactivity and this is quite a problem for a stand-alone radiation detector.
One of the defects of this new detector is its limited volume so its low level counting rates, but this defect can be turned out as a useful feature because it permits to “scan” a sample in order to find the hottest point with high spatial resolution.