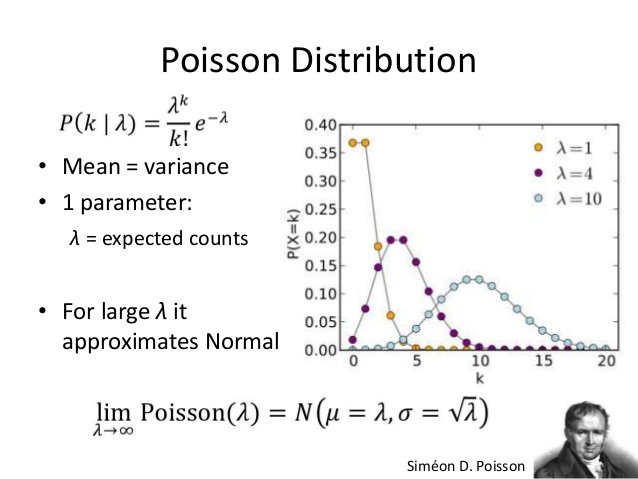 A typical situation in which comes in the Poisson distribution is the study of a process of radioactive decay. In this circumstance, the number of trials is made by the number of nuclei that potentially may decay and is very large (for one mole of radioactive material the number of nuclei is of the order of 1023), while the probability of “success” (decay) for each nucleus is very small. Furthermore, the decay of a nucleus does not affect the decay of the other radioactive nuclei. We are therefore in the presence of rare random events, in this situation applies Poisson statistics.

with μ the mean value of the number of events per interval that are observed in a number N of identical observations. For this distribution, the variance has the same value of the average value, ie μ.
A feature of the Poisson distribution is that with increasing μ is approximated to a normal distribution (or gaussian) with mean value μ and standard deviation σ = √μ.

For the verification of the statistical distribution of the counts the equipment is made of a Geiger counter with a GM tube. We used the detector LND 712 (α,β,γ) with Theremino Geiger Adapter and the software Theremino Geiger Counter. The source (0,1 μCi isotope Strontium 90) has been put inside a measurement well, while the detector has been put at around 5 cm distance, so as to have a suitable counting rate. The image below shows the experimental setup. 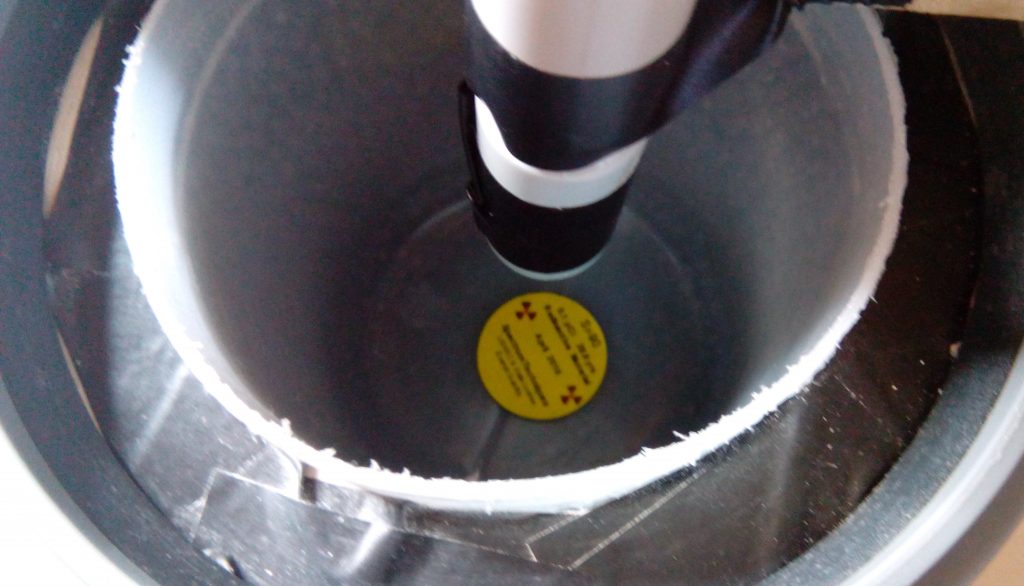 With the software Theremino Geiger we used two integration intervals. the first 30 s long, while the second 120 s. The measure time, in both cases, was rather extended, so as to have a statistically significant sample (at least from 1000 to 2000 data). The software was set so as to log on file the result of counting at the end of each integration interval (every 30 s in the first case, every 120 s in the second).

The data were then processed on excel so as to realize the histogram of the relative frequencies. 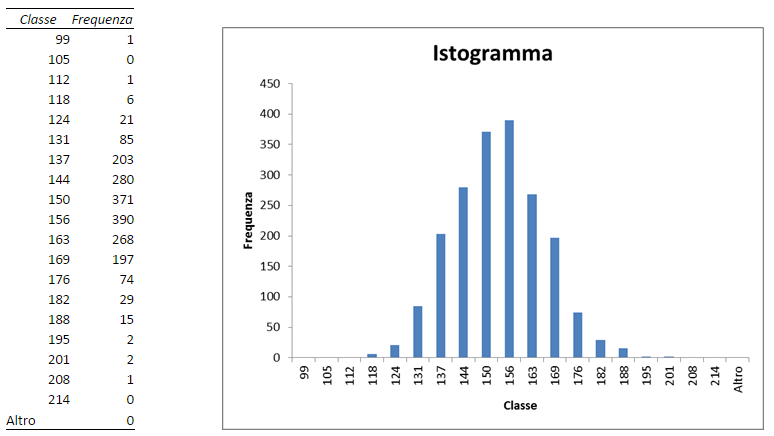 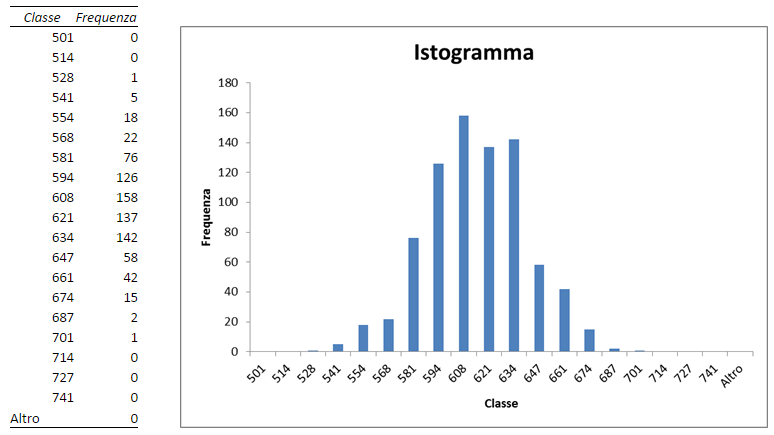 The histograms of the countings are approximated very well to the classical normal distribution, demonstrating that we are faced with a phenomenon governed by the Poisson distribution. The standard deviation value approaches the theoretical value of σ = √μ.

From the data collected for the two integration times also seems clear that the standard deviation percentage decreases as the average value of the count increases. This suggests a method (although obvious) to obtain better count precision: by increasing the integration time the bell curve becomes increasingly concentrated around its mean value, and then making the measure more accurate.