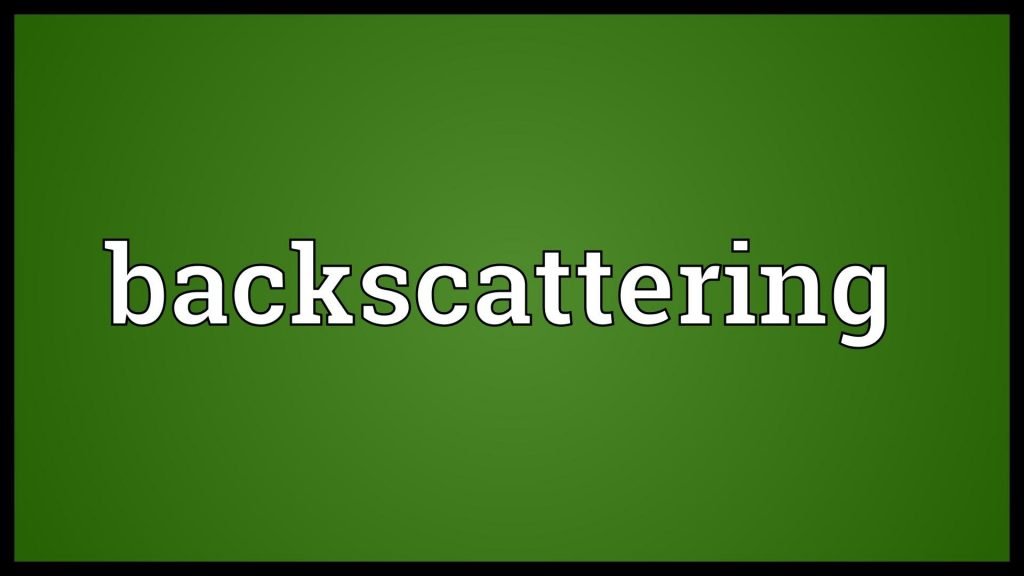 When a β-particle (energetic electron from nuclear decay) enters a material its path can be deflected when it interacts with the nuclei of the material. The β-particles are oppositely charged to the positively charged nucleus and thus an attractive force exists between the two. The deflections that result are dependent on the initial energy of the β-particles but the effect is of a general scattering of the particles. This usually has the effect of changing the forward direction of a β-particle by a few degrees, but occasionally if the β-particle is suitably orientated in relation to the nucleus, the β will be deflected through a value of around 180◦ resulting in it exiting the material from the same side as it entered. It is this phenomenon that is known as backscattering. The image below shows a basic scheme of an electron deflection. 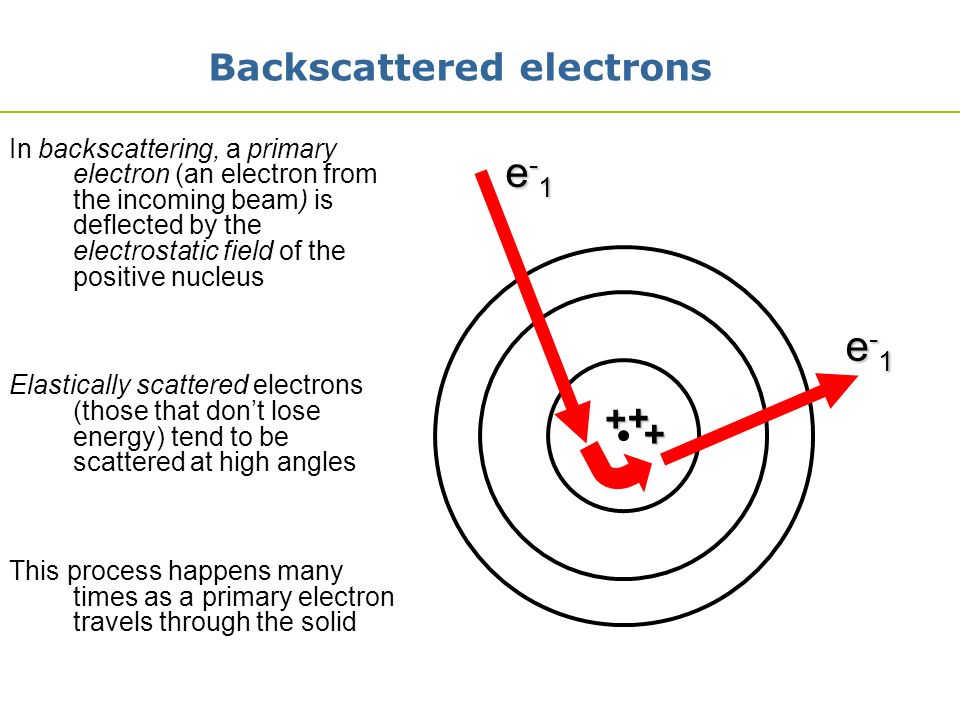 As β particles source we used a didactic source license-free 0.1 μCi isotope Strontium 90. As seen from the picture below the beta decay of strontium 90 from place to beta particle emission with maximum energy and 0,546 MeV of 2,28 MeV.

The equipment is made of a Geiger counter with a GM tube. We used the detector LND 712 (α,β,γ) with Theremino Geiger Adapter and the software Theremino Geiger Counter.
Source and detector are separated by a screen to make sure that the detector is only reached by the β particles scattered backward by the sample, as shown in the following scheme.

In the images below you can see the detector, the beta particles source and the electronic equipment for the acquisition of the pulses. 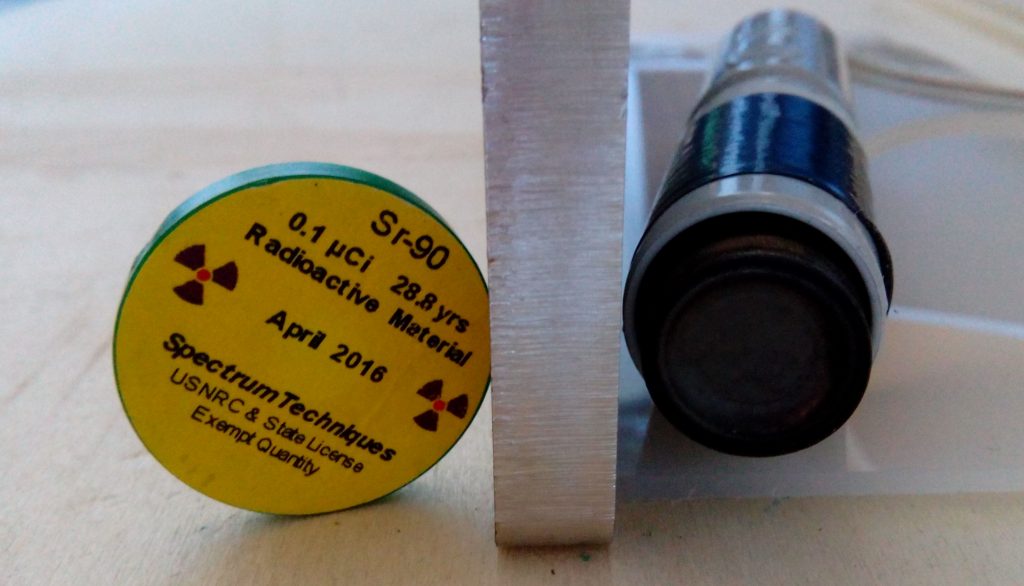 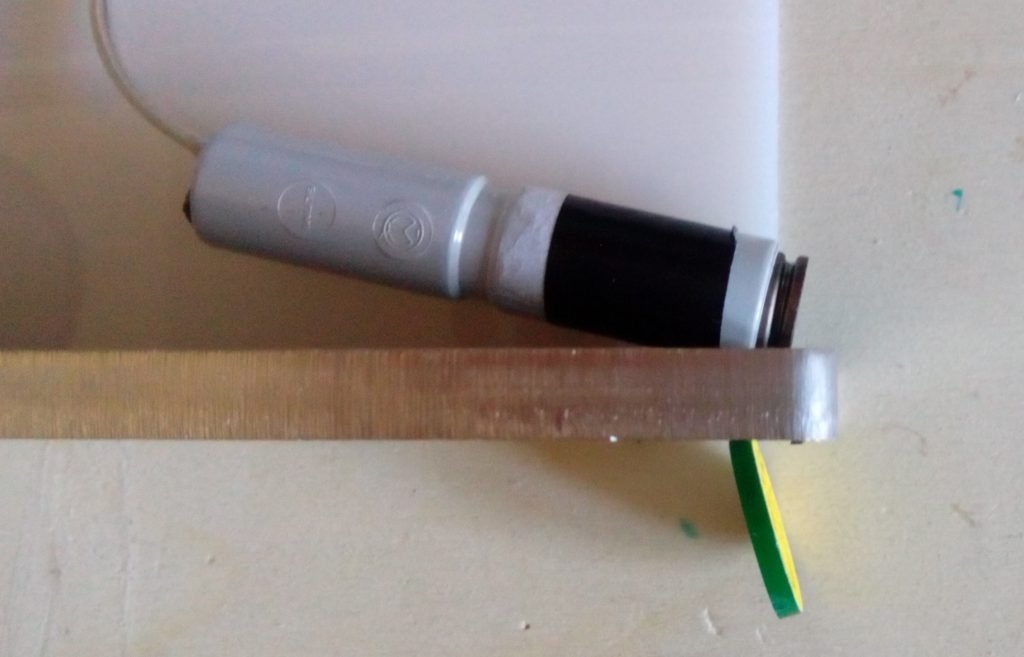 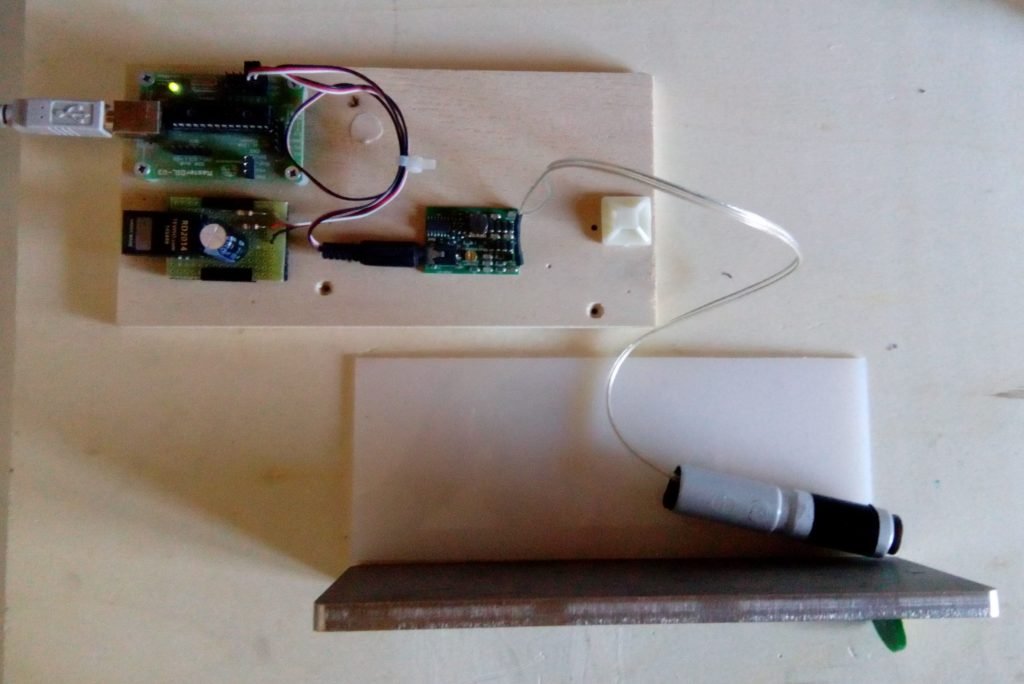 First of all the background level without any sample in front of the detector is measured, then the counting is performed with samples of aluminum, iron and lead (increasing atomic number). The sample must be large enough to cover the whole area in front of the detector and the source. The measure has a duration such that a statistical error is lower than 5%, this is usually achieved with a duration of about one hour.

In the diagrams below it is shown the results of the counting for the three samples. 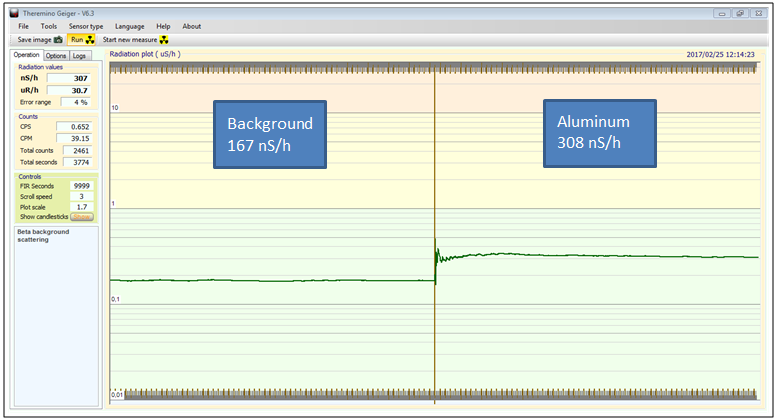 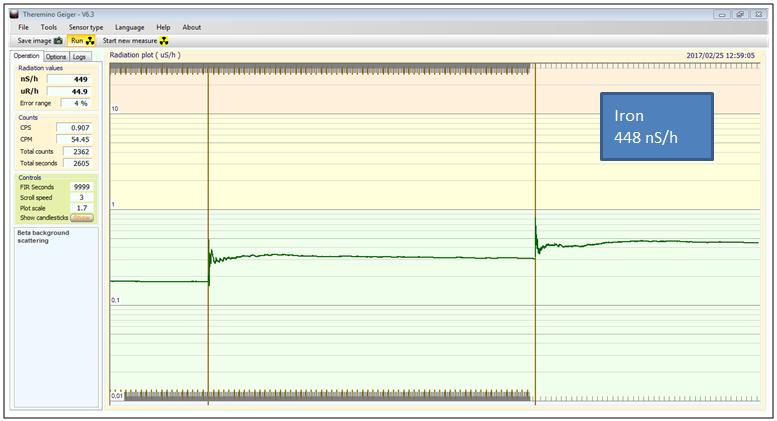 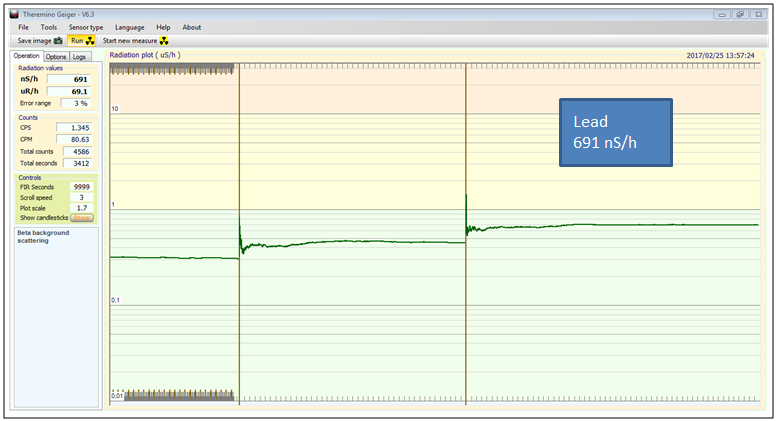 The setup used, in its simplicity, has proved useful in the investigation of the phenomenon of backscattering of beta particles. The Theremino Geiger software has proven to be very useful in making precision measurements over prolonged periods of time. The study may also be further extended by measuring other metals in addition to those already taken into account in order to verify the link between intensity of backscattering and the atomic number.