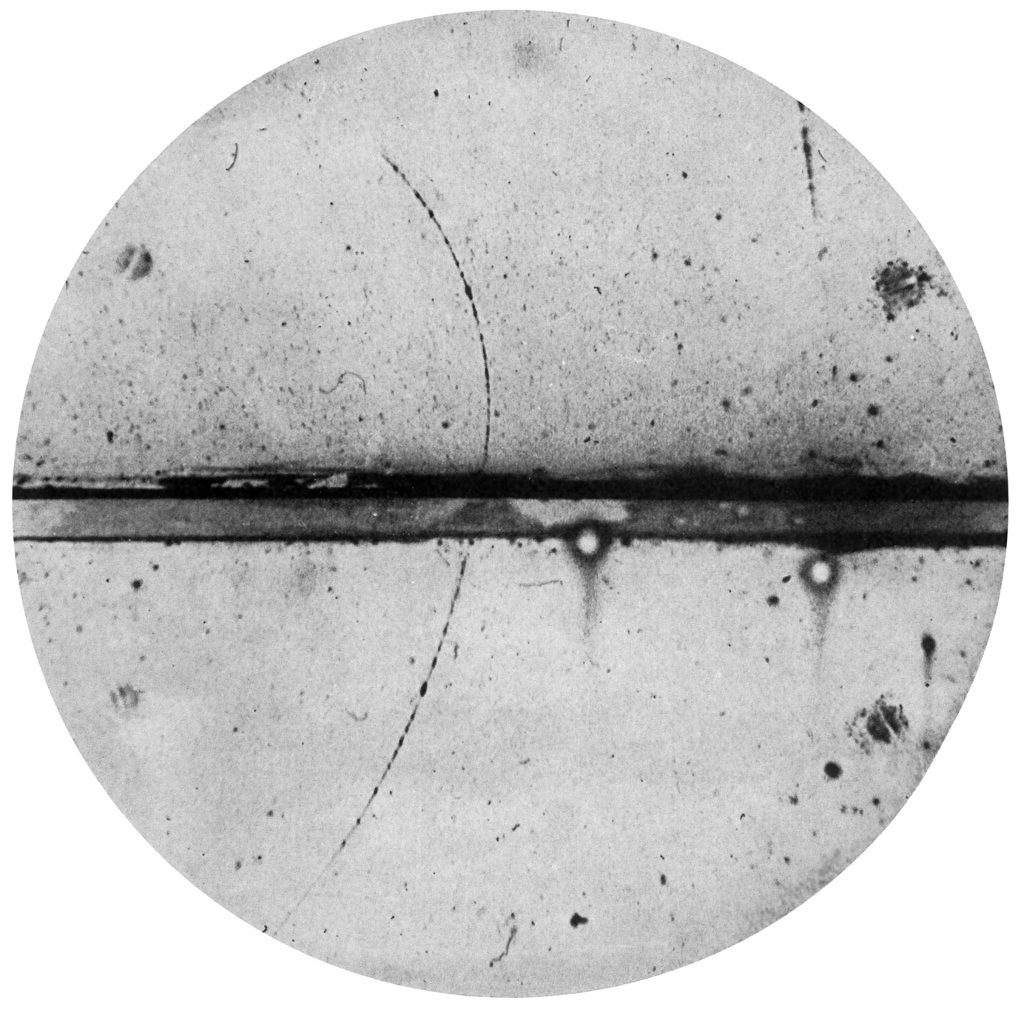 The positron (or anti-electron also called) is the antiparticle of electron. It has electric charge +1 equal and opposite to the electron, spin 1/2 and the same mass. The positrons were discovered in cosmic rays by Carl Anderson in 1932 (photograph above). Patrick Blackett and Giuseppe Occhialini completed the discovery the following year, confirming the theoretical prediction of the existence of an antiparticle of the electron, formulated by Paul Dirac.

When a positron is in contact with an electron has an annihilation process and their mass is converted into energy , in most cases in the form of two photons in the high energy gamma- rays , according to the following process :

Before annihilation, the positron and electron can also form under certain conditions, an atom of exotic type, inherently unstable, called positronium .

The isotope 22Na decays (in 99.95 % of cases) with half-life of 2.6 years for positron emission or electron capture to the first excited state of the Ne 22 at 1.274 MeV (which subsequently relaxes to gamma photon emission). The positrons emitted by the source annihilate the material that acts as a support to the source, producing two gamma photons of 0.511 MeV energy each, according to the process :

The two 0.511 MeV gamma photons are emitted at 180 degrees from each other. This allows to carry out measurements of angular correlation and coincidence.

The tests has been made ​​using two SiPM gamma detector (silicon photomultipliers), whose logical outputs are sent to an AND logic. In this way it is obtained an output pulse only when the two detectors produce a pulse at exact the same time.

As positron source was used a pellet of 1 uCi of Na 22 that has an emission Ƴ – Ƴ due to the annihilation of the positron emitted in β decay. The two 511 keV gamma photons are emitted in opposite directions due to the principle of conservation of momentum .

The table and graph below shows the results of measurements of the coincidence events at different angles between the two gamma detector. The measurements has been made ​​on a integration time of 200 s. The 0.5 CPM value is the background value and is due to spurious and random coincidences in the events that occur in the detector, especially due to the residual radioactivity in LYSO crystal used as a scintillator in the gamma detector.

As you can see the maximum count value is obtained when the two detectors are aligned. Increasing the angle between the detectors the counting rate goes rapidly to zero, demonstrating the fact that the two gamma photons are emitted in exactly opposite directions.