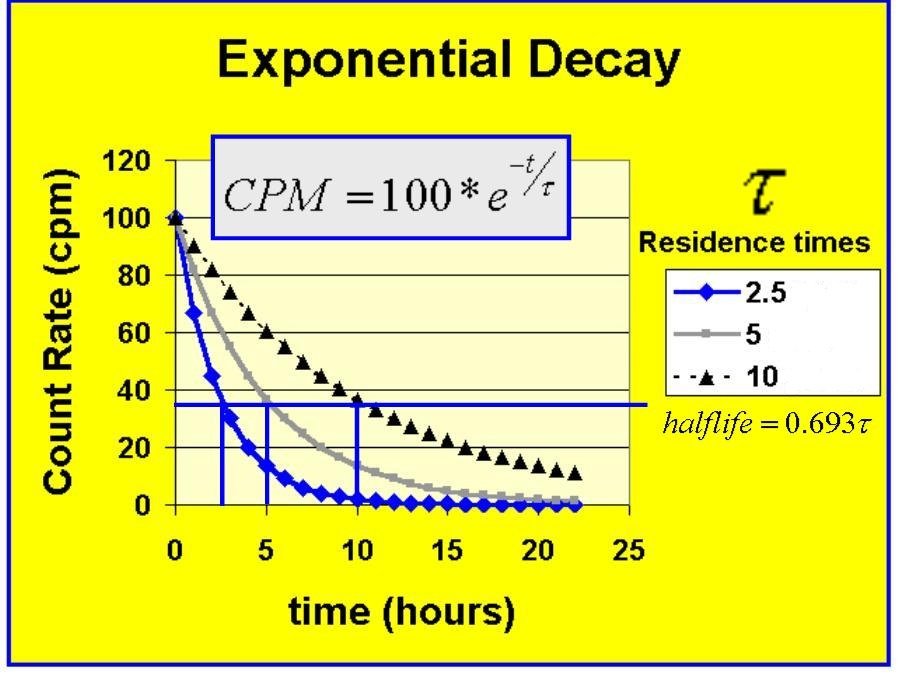 The exact moment when an unstable atom will decay into a more stable is considered random and unpredictable. What can you do, given a sample of a particular isotope, it is to note that the number of decays follows a precise statistical law.

The number of decays you would expect to happen in an interval dt is proportional to the number N of atoms present . This law can be described by the differential equation of the first order ( where λ is the decay constant ) :

with this solution ( which e is the Euler’s number ) :

which represents an exponential decay. It should be noted that this is only an approximate solution, because it represents a continuous function, while the actual physical event assumes discrete values​, and because it describes a random process, true in a statistical context. However, since in the majority of cases N is extremely large, the function provides an excellent approximation.
In addition to the decay constant λ, radioactive decay it is characterized by another constant called average life. Each atom lives for a precise time before decaying and the average life precisely represents the arithmetic mean of life times of all the atoms of the same species. The average life is represented by the symbol τ , tied to λ by :

Another used parameter to describe a radioactive decay is given by the half-life, or t1/2. Given a sample of a particular radionuclide, the half-life tells us the amount of time after that a number of atoms equal to half of the total will be decayed, and is linked to the average life from the relation:

These relationships allow us to see that many of the radioactive substances occurring in nature are now decayed, and therefore are no longer present in nature, but can only be produced artificially. To get an idea of the orders of magnitude involved, it can be said that the average life of various radionuclides can vary from 109 years to 10−6 seconds .

“Thoron” is the name that identifies the radon isotope with atomic weight 220. It can also be harmful to human health because, as the 222Rn is an alpha emitter and presents itself in the form of gases. The time decay of thoron is about 55 seconds, for this reason it is assumed that his presence in the home is less than the average 222Rn.
Thoron is produced in the decay chain of thorium, so a source of thoron could be found in the thorium gas mantles.

For the measurement of thoron decay we used the setup shown in the following image : 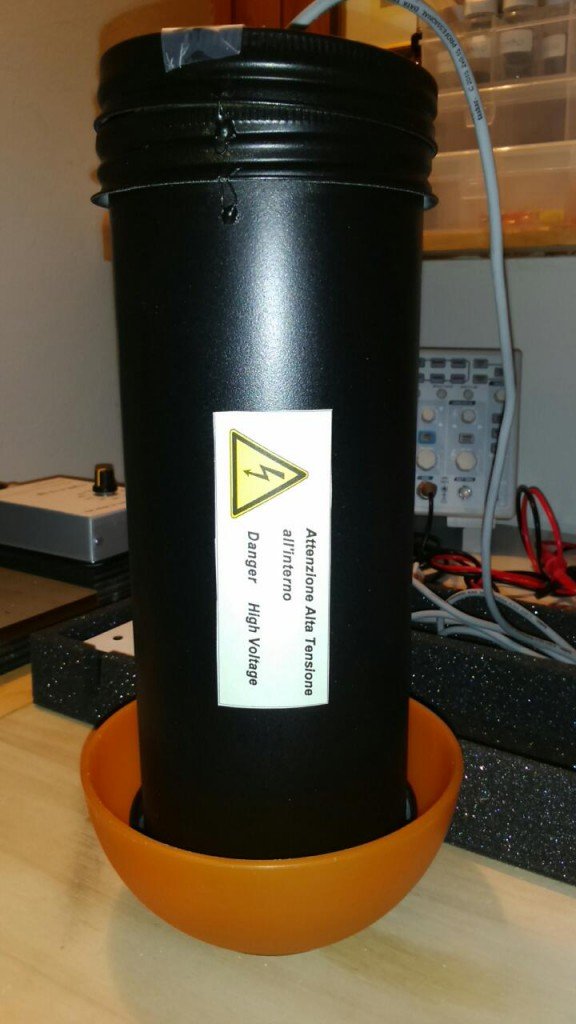 Place the sensor on the container in which has been inserted the thorium mantle. Thoron gas that is emitted by thorium slowly accumulates in the bowl and then fill in about ten minutes the ionization chamber.
At this time the ion chamber is moved and a new measure is started. The thoron inside the chamber, being very heavy, does not come out and then decays with its own half-life.

In the graph below you you can assess qualitatively that the decay is exponentially on a linear scale. It is estimated a half-life of about 1 minute. 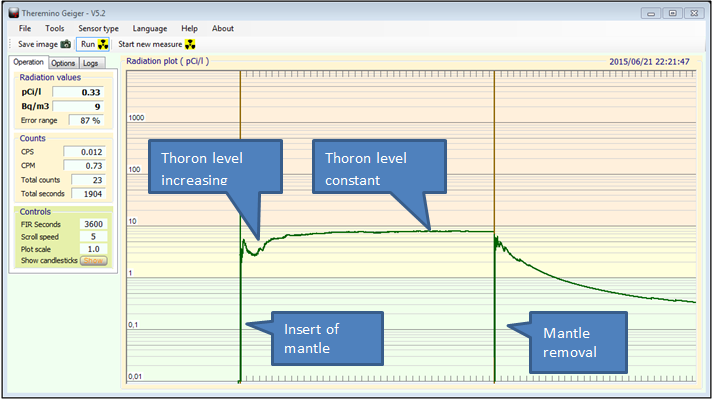 Measurement data were included in the chart below in which it has been made ​​an interpolation with an exponential function. 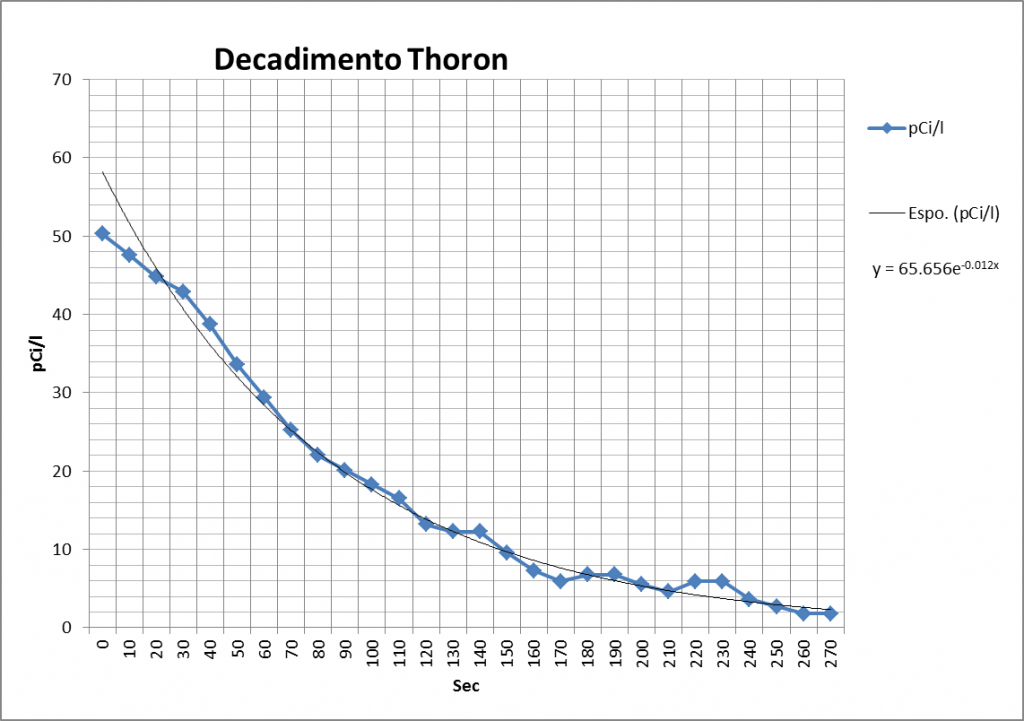 From the interpolation exponential equation the time constant of the decay is obtained :

For the half-life the following value :