Preparation of some Phosphorescent Compounds 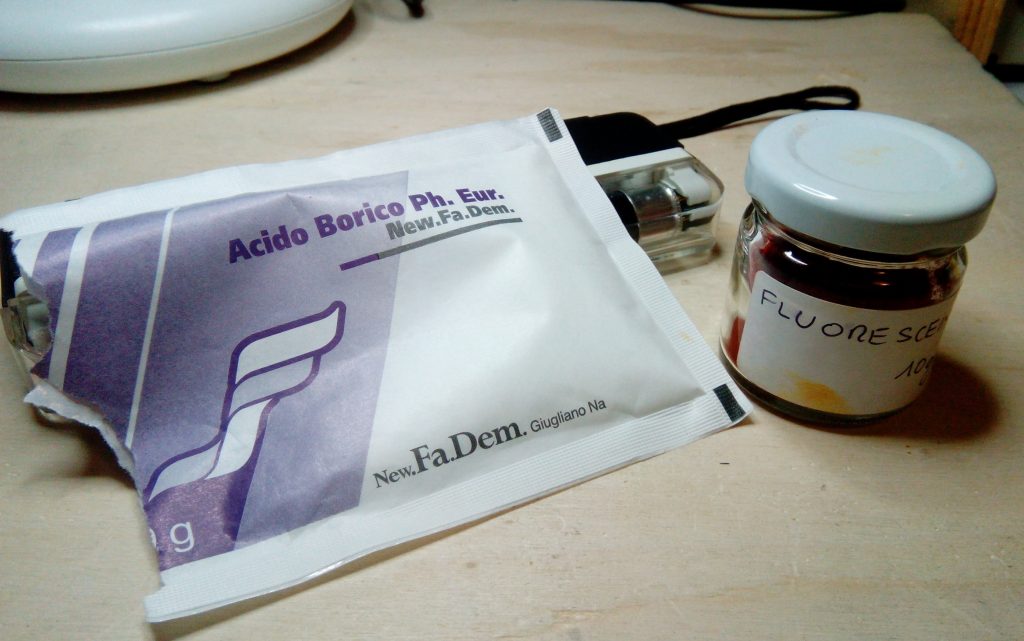 It is quite simple to prepare compounds that present the phosphorescence phenomenon. Starting from fluorescent organic molecules and inserting them into a glass matrix, the efficiency of non-radiative relaxation processes is greatly reduced. In practice, the molecule is trapped in a glassy or crystalline matrix and its mobility is greatly reduced. In these conditions (conditions similar to those obtained by reducing the temperature) the phosphorescence of the molecule is “turned on”.

In our experiment we used two widely used fluorescent dyes : fluorescein and coumarin. The glassy matrix was obtained by melting boric acid and incorporating a small quantity of the fluorophore into the molten mass. Subsequently the obtained mixture is allowed to cool and is reduced to powder. If all went well, what you get is a phosphorescent material, green in the case of fluorescein, light blue for coumarin.

The obtained compounds were examined with our “phosphorimeter”, as seen in the image below : 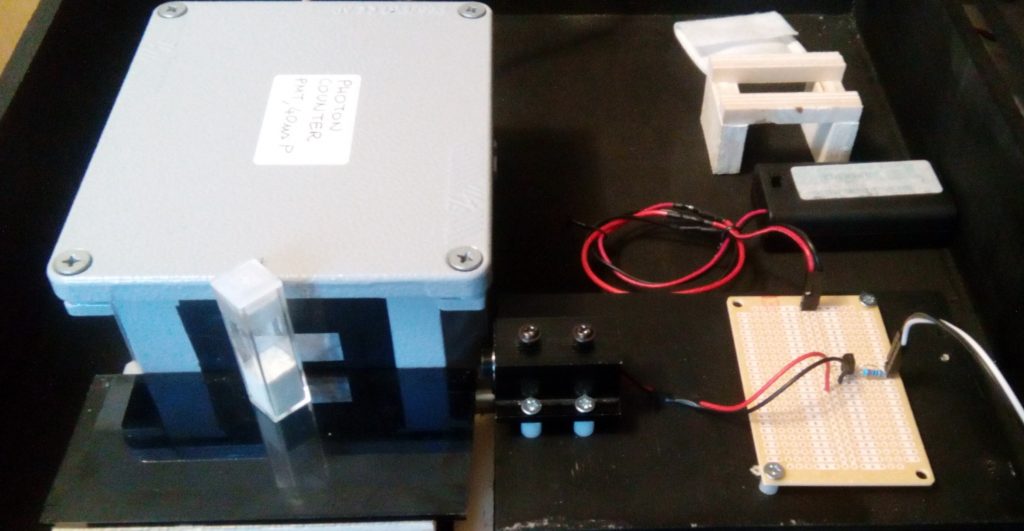 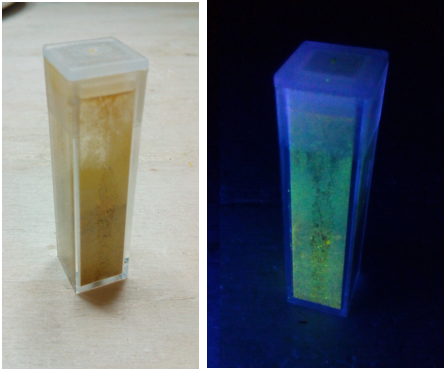 Fluorescein is a synthetic organic compound available as a dark orange/red powder slightly soluble in water and alcohol. It is widely used as a fluorescent tracer for many applications.
Fluorescein is a fluorophore commonly used in microscopy, in a type of dye laser as the gain medium, in forensics and serology to detect latent blood stains, and in dye tracing. Fluorescein has an absorption maximum at 494 nm and emission maximum of 521 nm (in water).
The major derivatives are fluorescein isothiocyanate (FITC). The disodium salt form of fluorescein is known as uranine or D&C Yellow no. 8. The fluorescence of this molecule is very intense; peak excitation occurs at 494 nm and peak emission at 521 nm. 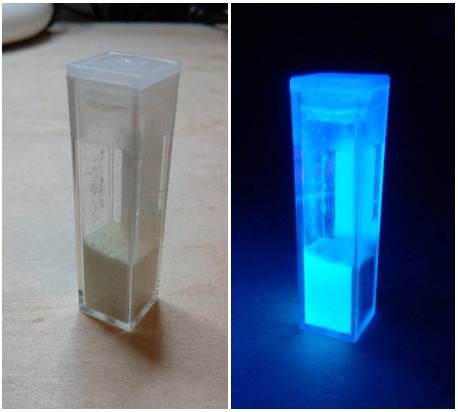 Coumarin is an aromatic compound. At room temperature is in the form of colorless crystals, with characteristic odor.
Isolated for the first time from Dipteryx odorata, whose name was indeed coumarin, coumarin is present in more than 27 families of plants, and is responsible for sweet smell of freshly cut grass.
It is the first of a class of compounds – called coumarins – that share the coumarin chemical structure.
Coumarin is also used as a gain medium in some dye laser and as a sensitizer in photovoltaic technologies.
Coumarin absorbs wavelengths less than 400 nm and gives strong fluorescence at about 460 nm.

The graph below shows the trend of phosphorescence decay for boric acid + coumarin. Also in this case, as for fluorescein there is a good agreement with an exponential trend.

In both cases the decay of the phosphorescence emission follows an exponential law : thus we are in the case of the first-order system.

Where n is the concentration of carriers excited to a higher energy level. Integrating with respect to time, the usual exponential decay law is obtained :

Such law applies to radioactive phenomena, fluorescent decay, and in some cases to phosphorescent phenomena. This model works as long as the decay rate is proportional to the population.