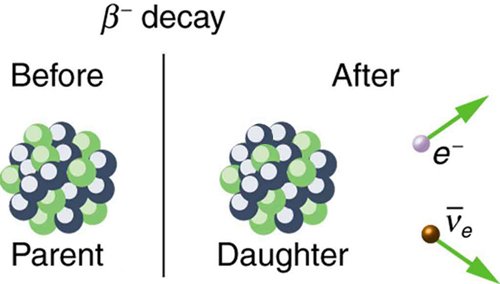 A beta particle, sometimes called beta ray, denoted by the lower-case Greek letter beta (β), is a high-energy, high-speed electron or positron emitted in the radioactive decay of an atomic nucleus, such as a potassium-40 nucleus, in the process of beta decay. Two forms of beta decay, β− and β+, respectively produce electrons and positrons. Beta particles are a type of ionizing radiation.

An unstable atomic nucleus with an excess of neutrons may undergo β− decay, where a neutron is converted into a proton, an electron, and an electron antineutrino (the antiparticle of the neutrino):

Unstable atomic nuclei with an excess of protons may undergo β+ decay, also called positron decay, where a proton is converted into a neutron, a positron, and an electron neutrino:

Of the three common types of radiation given off by radioactive materials, alpha, beta and gamma, beta has the medium penetrating power and the medium ionizing power. Although the beta particles given off by different radioactive materials vary in energy, most beta particles can be stopped by a few millimeters of aluminum. Being composed of charged particles, beta radiation is more strongly ionizing than gamma radiation. When passing through matter, a beta particle is decelerated by electromagnetic interactions and may give off bremsstrahlung x-rays. 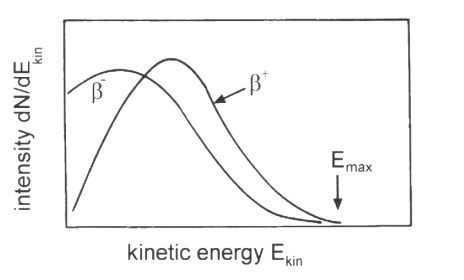 The fact that in beta decay is also emitted, together with the electron or positron, a neutrino, causes to the fact that the electron has a continuous spectrum of energies that range from a minimum to a maximum which happens when the neutrino is given zero energy.

For Beta particles detection the following geiger tube has been used : 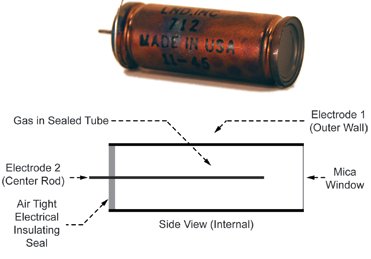 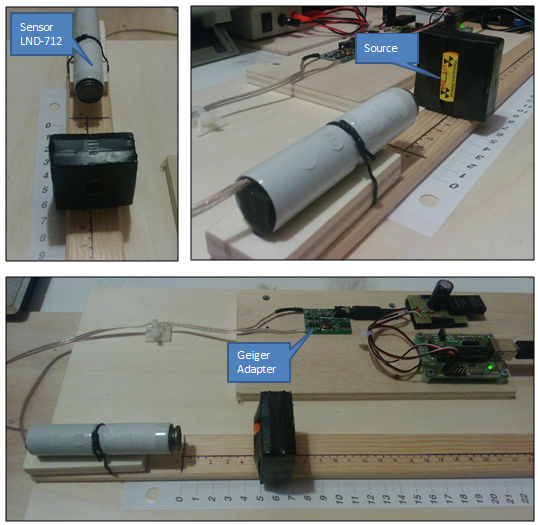 Using the experimental setup described in the previous paragraph we made the measurement of radioactivity from beta particles emitted by a source of 0,1μCi isotope Strontium 90. As can be seen from the image below the beta decay of strontium 90 gives rise to the emission of beta particles with maximum energy of 0,546 MeV and 2,28 Mev.

Two measurements were made : the first has been done shielding the sensor with an aluminum shield and the second without the shield, maintaining fixed the distance between the sensor and the source. As you can see by the graph below the effect of the aluminum screen it is to completely block the beta particles : when the sensor is shielded, it is measured a level equal to the background level. 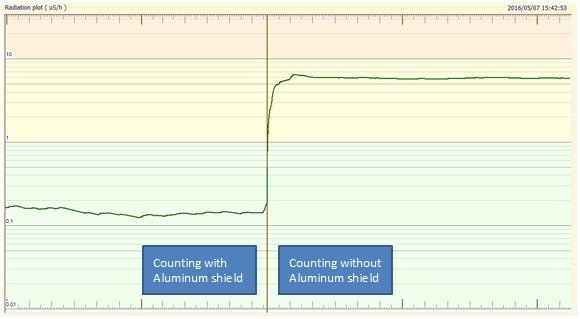 The electrons which constitute the beta emission can be easily deflected by a magnetic field generated by permanent neodymium magnets. In the figures below is presented a simple qualitative experiment demonstrating this phenomenon. The beta emission is collimated with a lead shield, at the exit of the collimator hole a permanent magnet is placed. Placing the magnets as in figure, the sensor count decreases significantly : this is a sign that the electrons are deflected by the magnetic field and no longer reach the sensor. 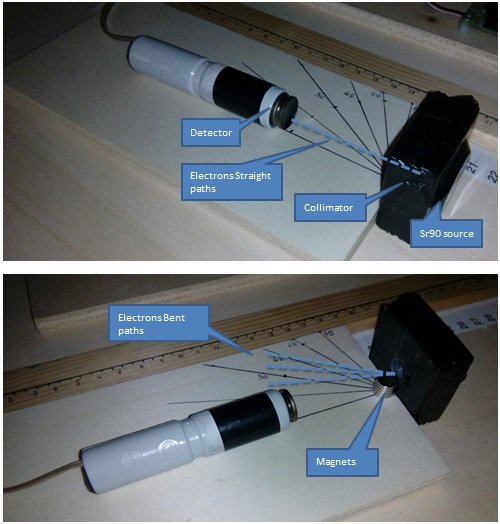 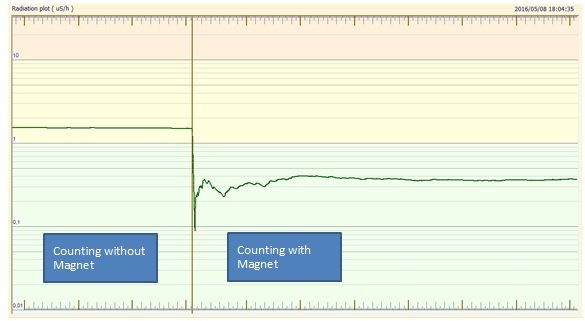 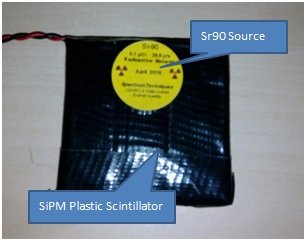 In the figures below the oscilloscope traces of the SiPM signal are shown. It is evident that, compared to the case without the source on the crystal, the pulses are in a much greater number and a count value equal to about 300CPS is reached.

We tried to acquire the energy spectrum of the isotope Sr90 with CsI(Tl) scintillator. The detector is made of a CsI(Tl) crystal with thickness of only 1mm, coupled to a PMT. This detector is designed for XRF applications, having a very thin aluminum input window. In this way, also the beta particles may reach the scintillator crystal. The spectrum obtained is presented in the figure below.

Note the high rate count : 223CPS. The peaks below 100keV are due to the XRF excitation of iodine, cesium and thallium contained within the crystal itself. From 100keV to 800keV it is mainly present the contribution due to beta radiation. 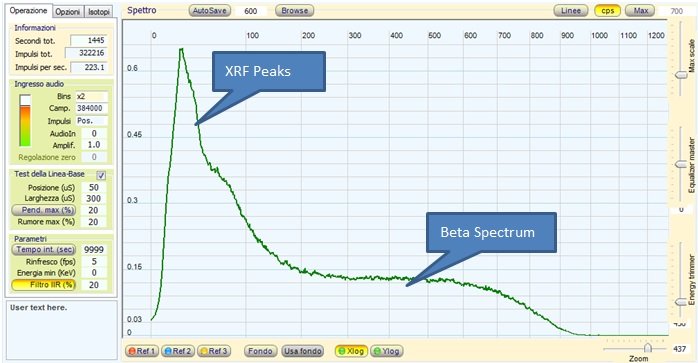