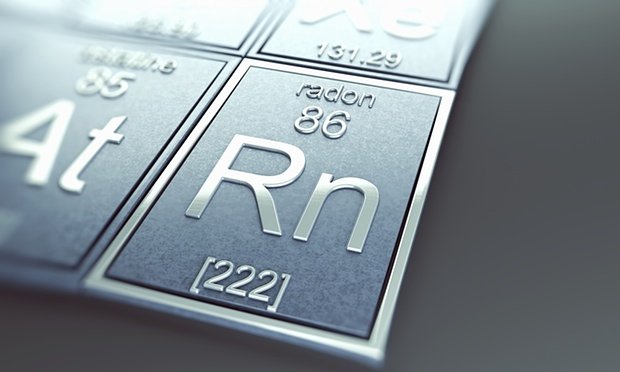 Radon is a chemical element with symbol Rn and atomic number 86. It is a radioactive, colorless, odorless, tasteless noble gas, occurring naturally as a decay product of radium.

Its most stable isotope, 222Rn, has a half-life of 3.8 days. Radon is one of the densest substances that remains a gas under normal conditions. It is also the only gas under normal conditions that only has radioactive isotopes, and is considered a health hazard due to its radioactivity. Intense radioactivity has also hindered chemical studies of radon and only a few compounds are known.
Radon is formed as one intermediate step in the normal radioactive decay chains through which thorium and uranium slowly decay into lead.
The radon concentration can be measured with a ion chamber.

The Ion Chamber is a gas particle detector. Its operation is based on the following experimental observations: when a charged particle passes through a gas causes its ionization, that is, transforms its molecules that meets in ion pairs. If the gas, moreover, is located in an electric field (that is, between two electrodes), then the ions and electrons created migrate towards the electrodes of opposite sign.
Such a device can operate in two ways:

Conceptually simple, the device presents special construction differences depending on the type of radiation that must reveal. For example, because the particle α can be stopped by very thin walls, then it is necessary to place the source directly inside the chamber itself. In the case of the Radon the chamber it is provided with opening through which the radon can diffuse.

The used Ion Chamber is the model Radon Ion Chamber, with the software Theremino Geiger :

To test the ionization chamber we have set up a test chamber made up of a sealed box, in which a source of radon, in effect uranium ore, and the ion chamber are introduced. In this way, a rather high radon concentration is obtained inside the vessel which allows to evaluate the operation of the equipment. 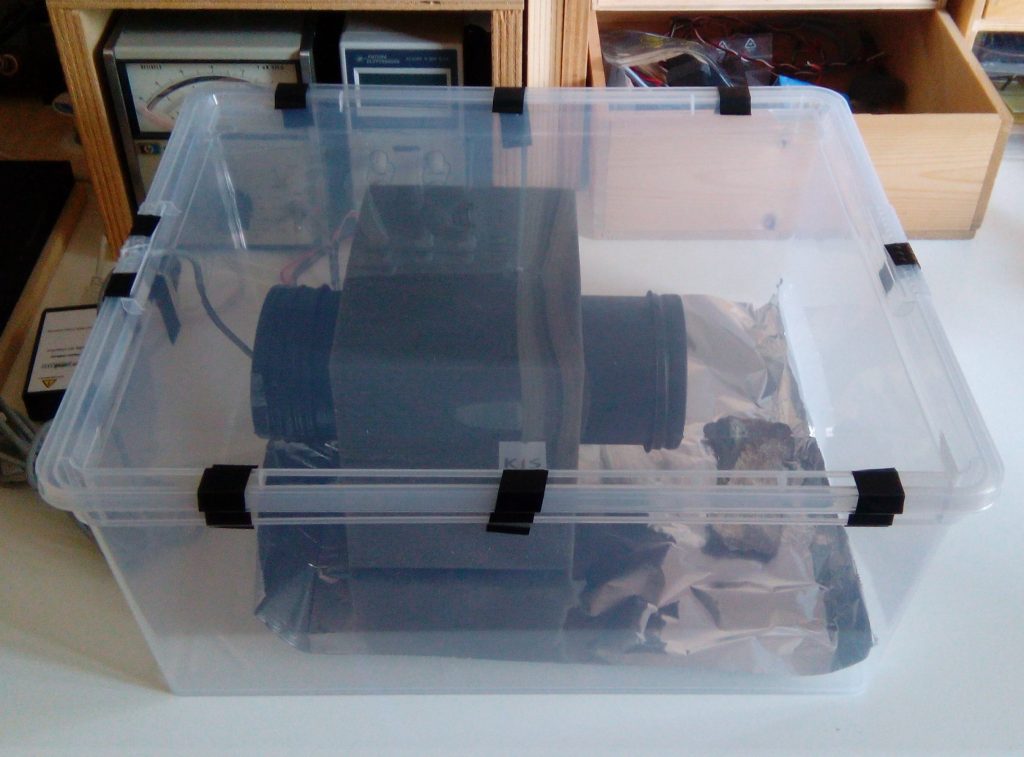 In the picture below you can see the detail of the ion chamber and uraninite fragment used as a source of radon. 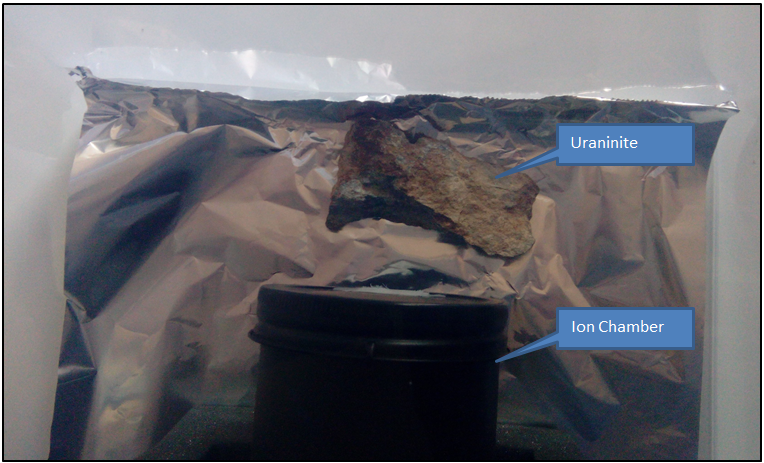 The measurement gives a remarkable value of 800 Bq/m3 !

The half-life of radon is about 4 days, its decay produces a series of other radioactive substances, mainly Polonium 218 , 214 Lead and Bismuth 214, according to the following scheme :

These particles remain suspended in the air, whose main source of radioactivity is therefore constituted by the radon progeny : Pb – 214 and Bi – 214. These particles are mainly present in the air inside buildings rooms. To carry out sampling and subsequent measurement we have used a fan powered by 12 V, inserted in a metal cylinder whose opening was covered with a filter paper. By activating the fan for a couple of hours is it possible to collect radioactive particles in a measurable quantity .

The filter paper can then be examined by the gamma spectrometer in order to detect the presence of radioactive isotopes.

The radioactivity of the filter paper can be evaluated via geiger counter and with the Theremino Geiger software. Recording the data in a log file you can get the decay curve.

On the filter paper particles of PB214 and Bi214 accumulate in varying percentage that is not possible to know. The half-life of the Pb214 is of 29min , while the half-life of Bi214 is of 20min, the presence of these two isotopes and the decay of Pb214 which in turn generates the isotope Bi214 give rise to the decay curve shown above that highlights a half-life of about 30 – 40 minutes.