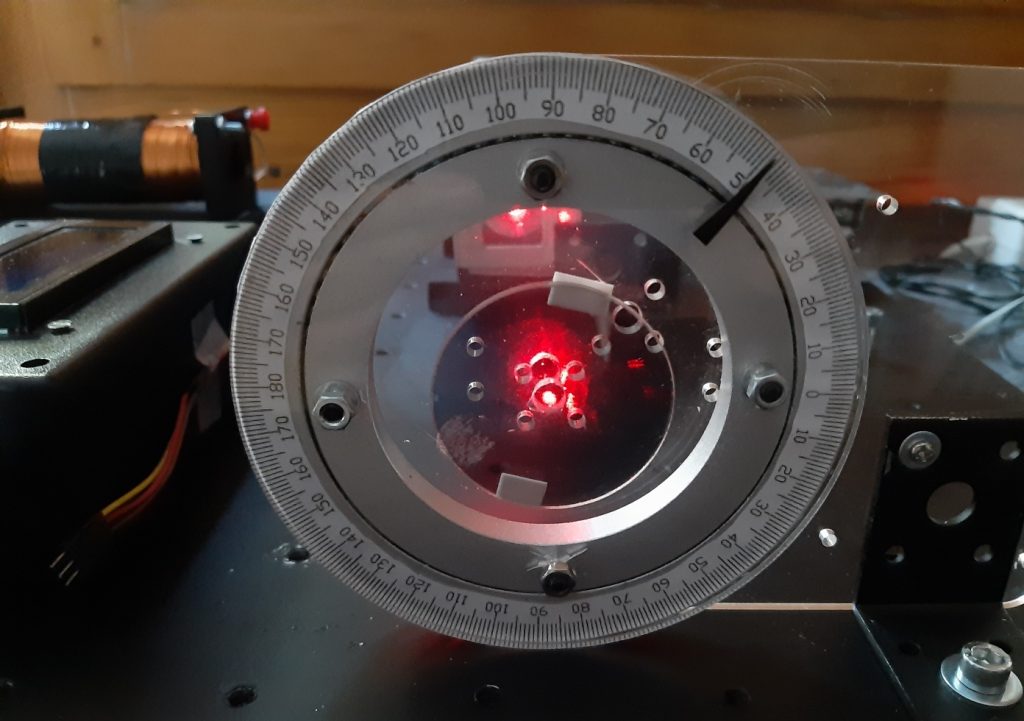 We know that to experiment with light polarization it is necessary to have a rotatable support to hold the polarizing filter, such equipment are really expensive ! But everything changed when we found on eBay a simple rotatable platform for a robotic arm, the following picture shows the”gadget” (search online for rotatable “platform for robotic arm”) : 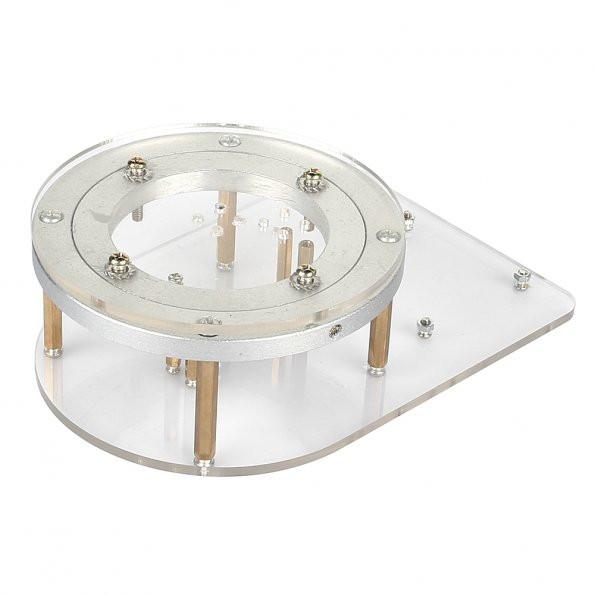 With such a tool we realized that it was possible to assemble a very simple (and cheap) yet precise rotatable support for the filter : the result is shown in the cover image.

The image below shows a wave with circular polarization : the electric field vector could be thought as the vectorial sum of two vectors, along the two perpendicular axis, oscillating with different phase. 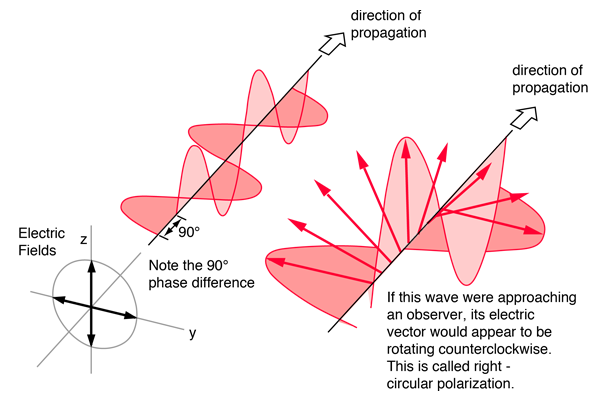 A polarizer is an optical filter that lets light waves of a specific polarization pass through while blocking light waves of other polarizations. A polarizer only allows light which is vibrating in a particular plane to pass through it. This plane forms the “axis” of polarization. Unpolarized light vibrates in all planes perpendicular to the direction of propagation. If unpolarized light is incident upon an “ideal” polarizer, only half of the light intensity will be transmitted through the polarizer.

Verification of the Law of Malus

For the verification of the Malus law we used the He-Ne laser, a polarizing filter and the analyzer filter mounted on the rotating support described above. The light intensity transmitted by the filter was measured by a photodiode sensor. In order to exclude the environmental brightness and improve the sensitivity of the measurement, a 633 nm interference filter was used, coinciding with the laser emission wavelength. All placed on our crafted optical table.
More details on the equipment used can be found in the following posts : DIY Optical Table, PSoC based Photometer.
The images below show the setup, with the detail of the sensor + filter. 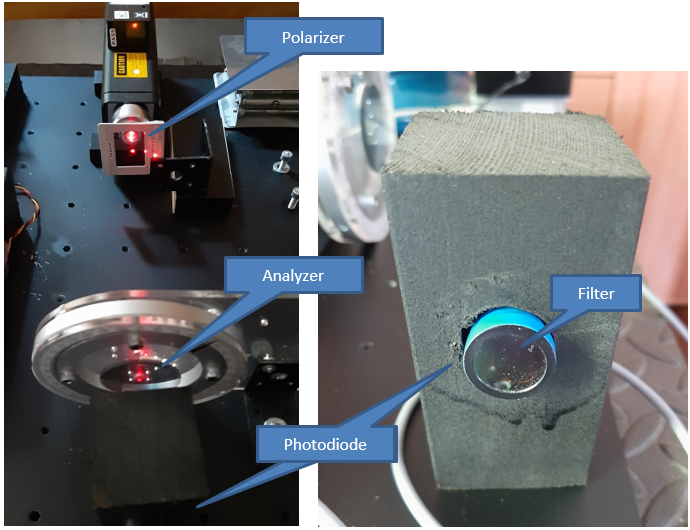 The following graph shows the results of the measurement obtained by rotating the analyzer filter. 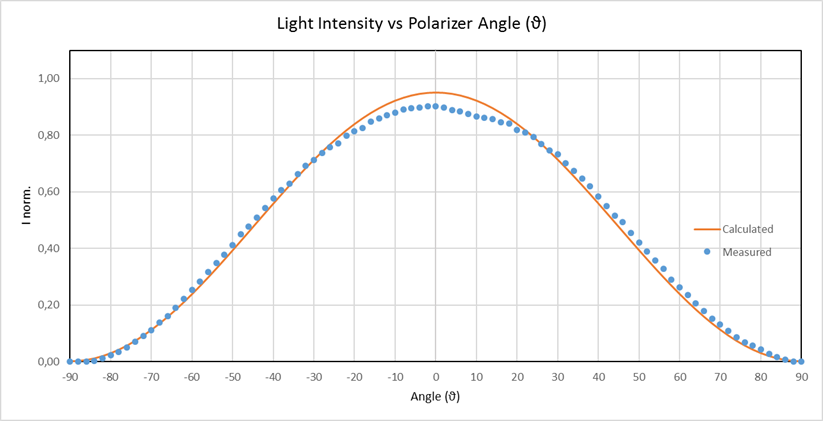 we see how the measure of luminous intensity follows the theoretical prediction fairly faithfully.