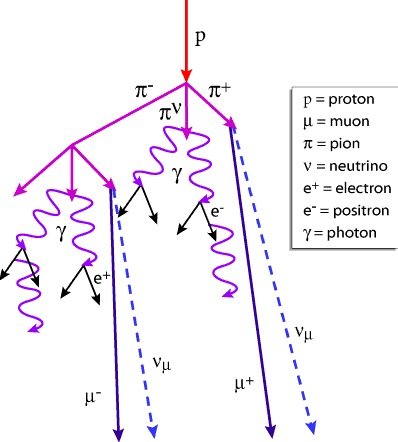 The secondary radiation at sea level is made of two components : the soft one and the hard one, that behave differently when passing through very dense materials (such as iron or lead).
The soft component (about 30% of the secondary radiation) originates from electromagnetic showers and it is made of electrons, positrons and high energy gamma photons and it is able to pass through only a few millimeters of dense material.
The so-called hard component (about 70%) originates from hadronic showers and it composed of muons which is the last particle after the decays of the particles produced by the primary interactions. Muons can penetrate thicknesses of absorbent materials of more than one meter.

The purpose we propose is just to differentiate and measure the two components of the secondary cosmic rays.

The experimental apparatus is based on scintillation detectors put in coincidence. This apparatus has been described in the post : Cosmic Rays & Scintillation Coincidence Detector, while the coincidence counting unit has been described in the post : PSoC Coincidence Detector – I.
The scintillation detectors are placed one above the other, aligned vertically. Between the two scintillators are placed lead plates (1.2 mm thick) which have the purpose of attenuating the soft component (electrons, positrons, gamma photons) while the muons, being more penetrating, can pass through and pass through the second scintillator. The picture below describes the principle scheme:

The two plastic detectors (wrapped in black tape) put in place and shielded with lead plates: 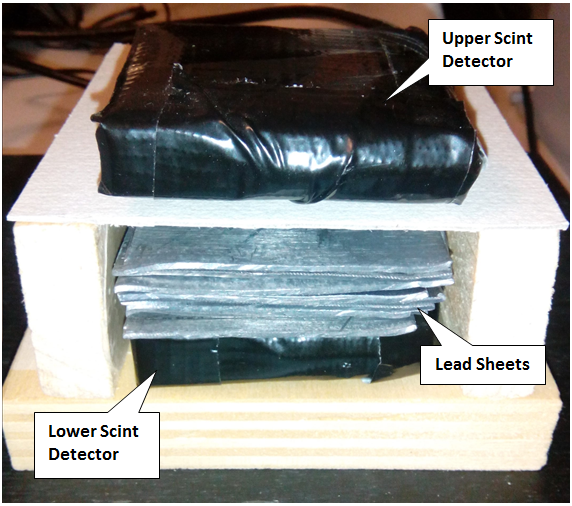 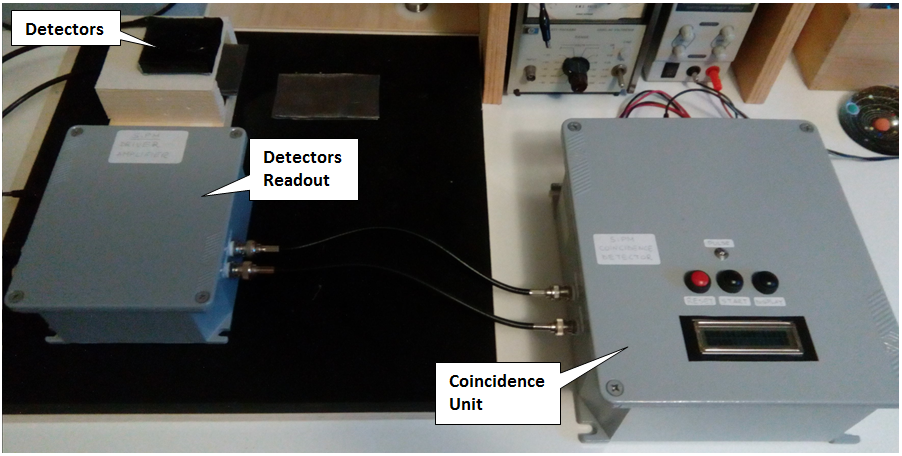 With the experimental setup described above we have made rate measurements changing the thickness of the lead inserted between the two detectors. The thickness of the lead was varied by inserting an increasing number of plates: 0 to 9 sheets, up to a maximum thickness of 108 mm. As the screen thickness increases, we expect the soft component to be progressively reduced, while the muon component should remain virtually unaltered.
For each thickness the measurement was made for a time of about 4000 s, so as to have a statistically stable measure, the statistical error of each count is about 0.4 CPM.
The graph below, processed with Octave, shows the results obtained. You see how up to 50 mm thick you have a gradual decrease in the count rate, while for higher thickness the count have only a small decrease. The chart also shows linear regression lines for the two components.

The graph shows that unshielded initial flow includes about 25% soft component and 75% hard component, in good agreement with expected results. 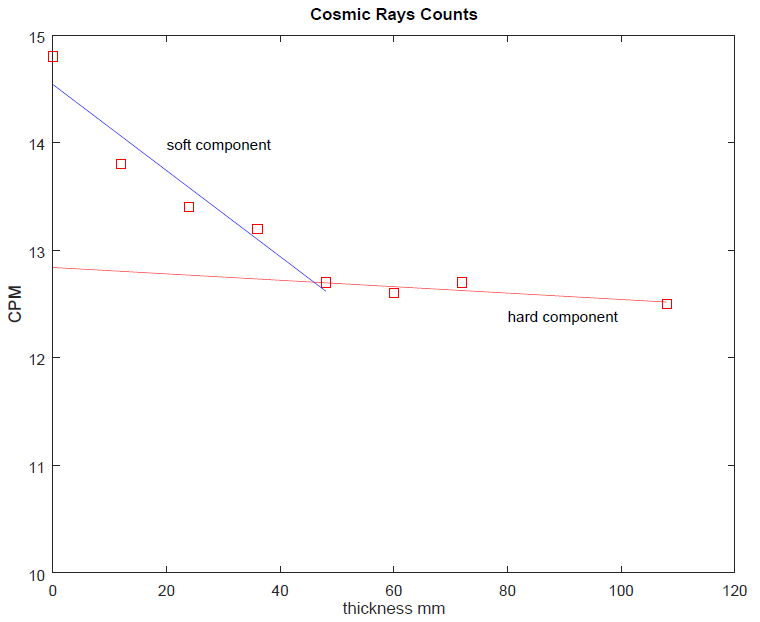 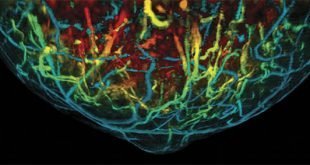