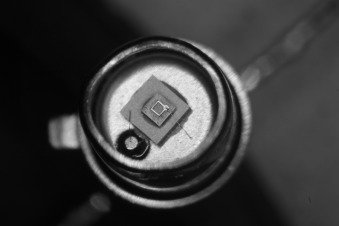 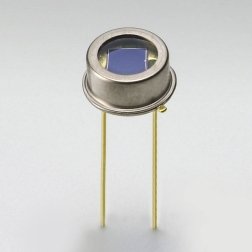 The photodiode was placed inside a light-tight metal box. Both the box chassis and the lid were connected to the signal ground reference.

The ionizing particle enters into the sensitive area from the “window” of the photodiode and produces in its passage several hundred electron / hole pairs which are collected by the cathode / anode of the diode and produce the signal that is subsequently digitized.

We give some data from the literature on solid state sensors : 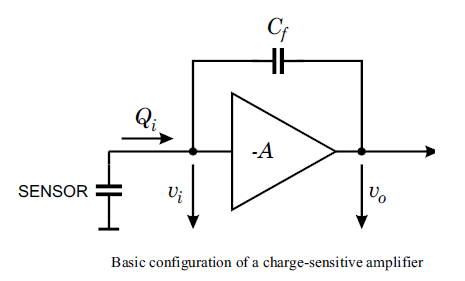 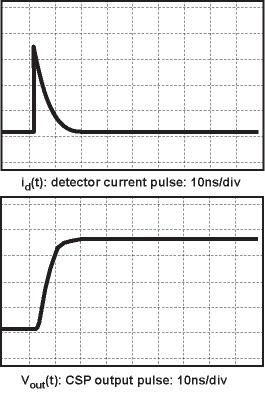 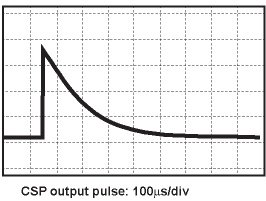 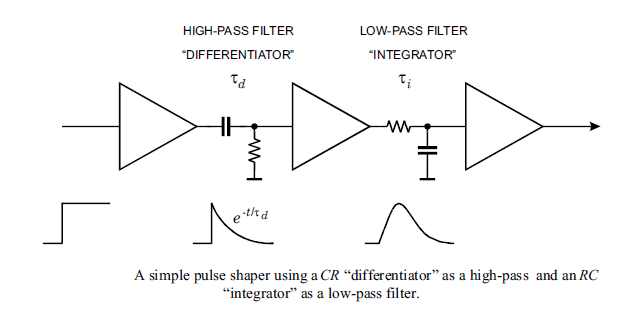 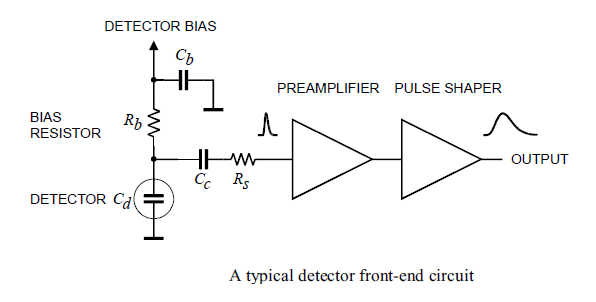 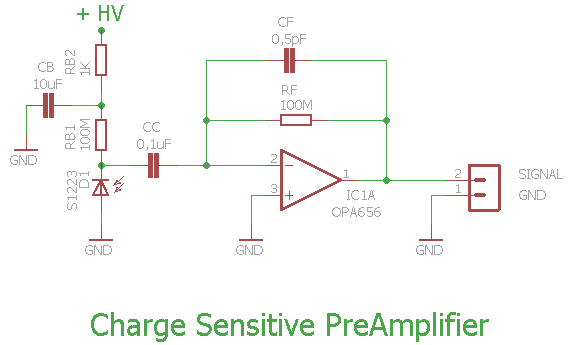 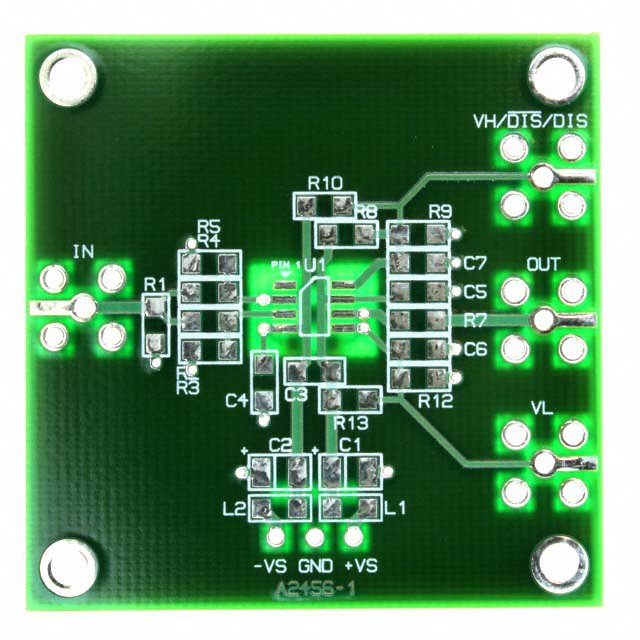 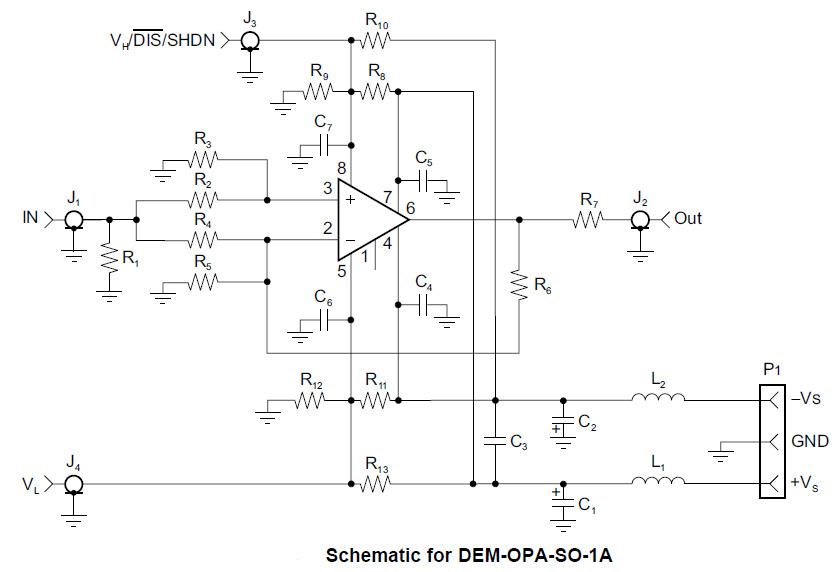 As explained in the previous paragraph on signal processing, after the charge-sensitive preamplifier, a shaper amplifier is required to amplify the signal produced by the CSP and to make it similar to a gaussian pulse. The shaper also greatly improves the S/N ratio.
The shaper consists of a first differentiator stage followed by an integrator, stage as in the following scheme. 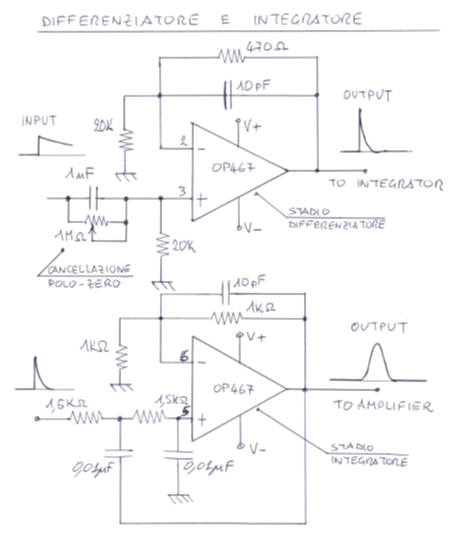 The signal from the integrator stage is then amplified with an adjustable gain stage and buffered before being sent to the output, as in the following scheme: 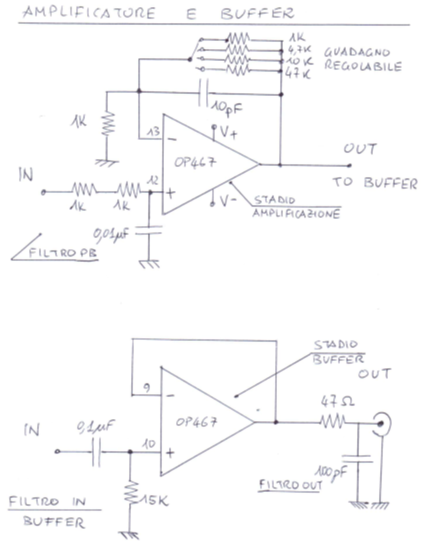 To realize the shaper, we used an operational amplifier demo board: PDIP-EVM of Texas Instruments: 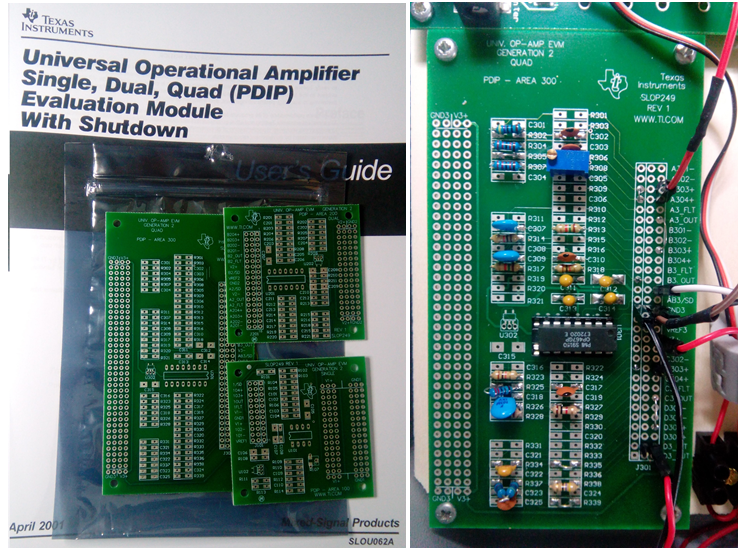 The following image shows the general scheme of the demo board. Naturally, not all components are to be used, some will be replaced by jumpers, others simply will not be mounted and will therefore be an open circuit. 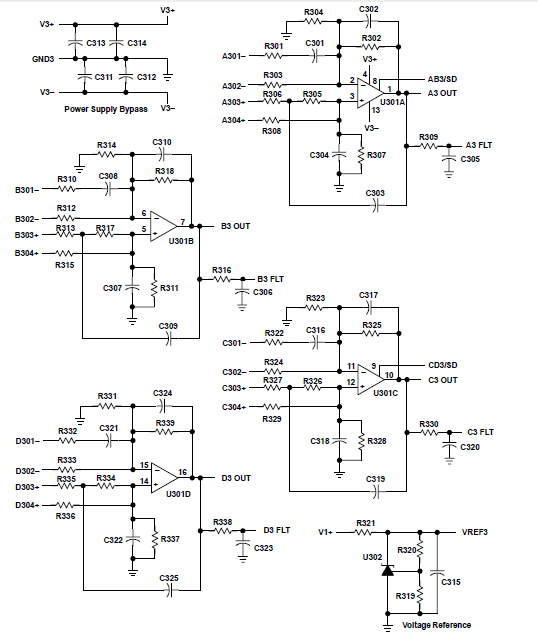 Here are some examples of pulses that are obtained from the shaper with maximum amplification. The first two images show the impulses produced by an Am-241 source, as we see the amplitude is about 100 mV for the 60 KeV energy line.
The third image shows the pulses that are obtained with a Sr-90 source, with average amplification, as the pulses amplitude is noticeably larger. 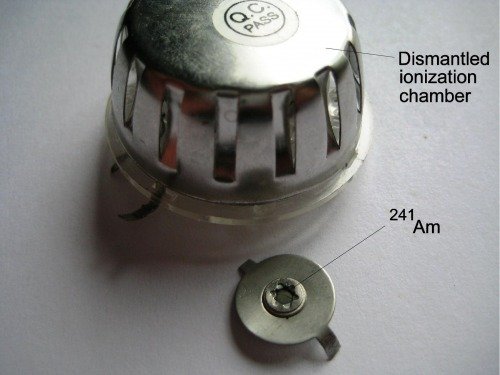 The graph below shows the gamma spectrum of americium 241 acquired by the photodiode with the apparatus described above. The main peak at 60 KeV is evident and the secondary peak around 20-25 KeV is composed by the 26 KeV emission of the americium and the X-lines of the neptunium between 15 and 25 KeVs. 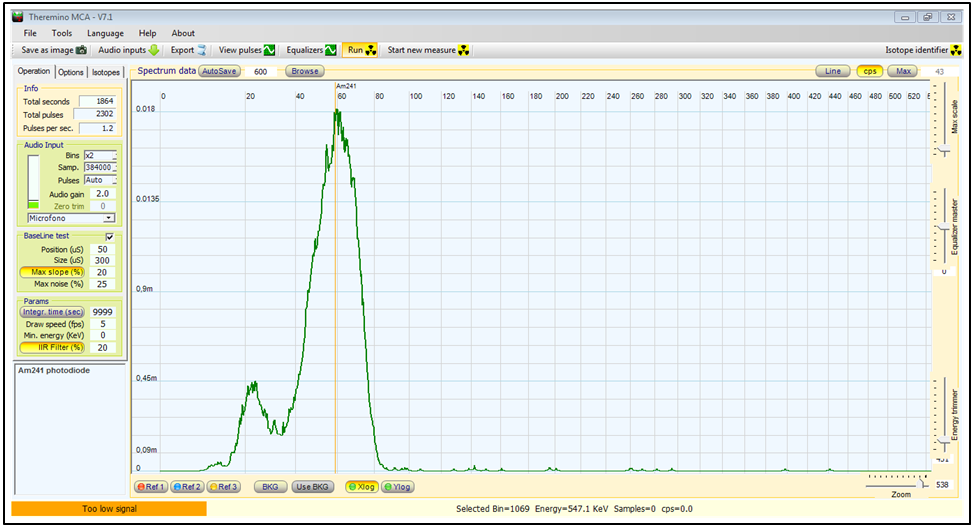 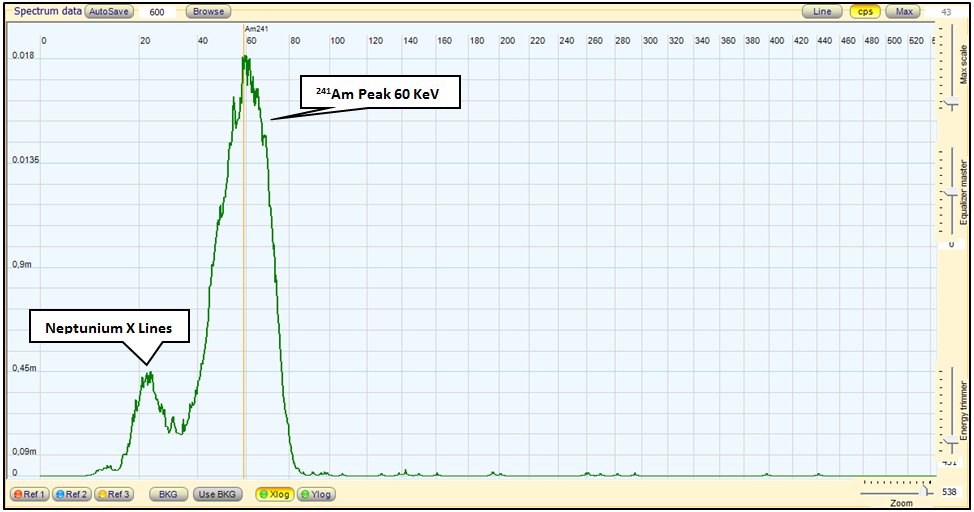 The use of a Si-PIN photodiode, reverse polarized at maximum voltage to increase the depletion zone, and used with a low noise CSP amplifier, has been proved to be suitable as a beta and gamma ray detector. With an MCA you can also obtain qualitative information on the energy spectrum. Of course, the resolution is rather coarse, but can be improved by acting mainly on the electronic front-end in order to reduce the noise and thereby increase the signal/noise ratio of the pulses.