Particles in the Mist 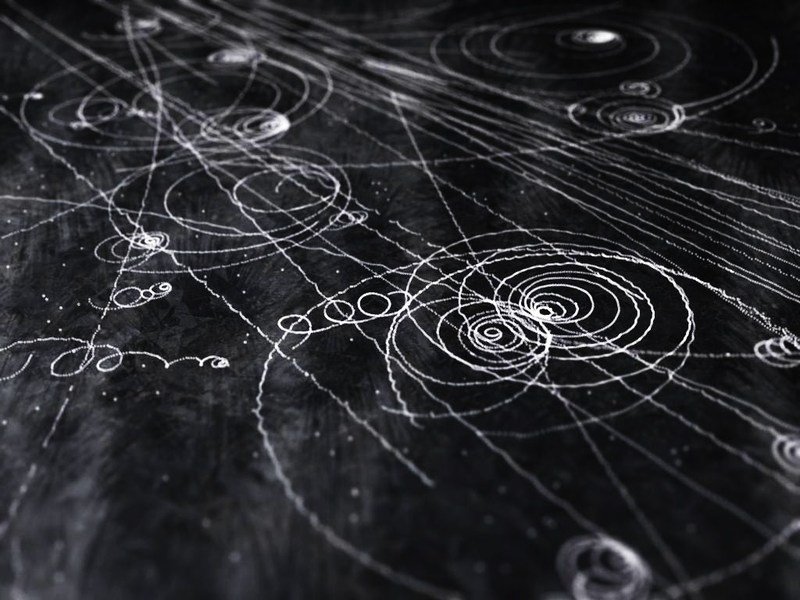 Which particles can be seen in the cloud chamber ? Since the principle of operation is based on the ionization caused by the passage of the particle, it results that the higher the ionization capacity and the greater the visibility of the trace.
Alpha particles produce short and fairly wide traces, muons produce straight and well visible traces, while electrons produce thinner traces that may be straight or curved if scattered. The table below (From SCoolLAB DIY Cloud Chamber CERN Manual) summarizes the traits most frequently visible in the cloud chamber. 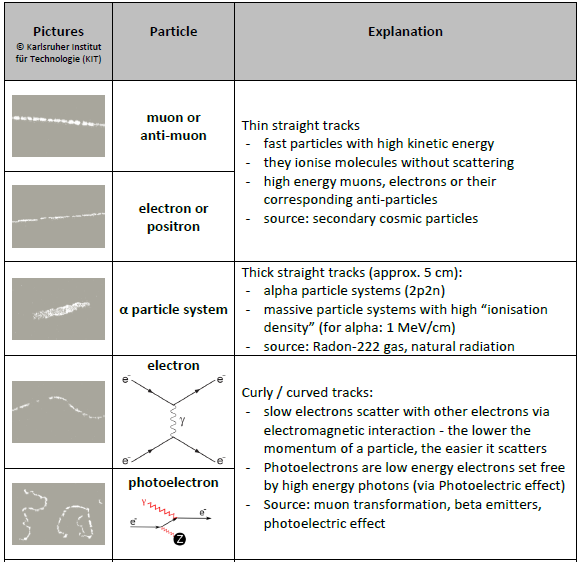 With the cloud chamber described in the previous post Cloud Chamber we did some tests using also radioactive sample sources placed inside the chamber. The images and videos below show the results obtained.

Alpha particles have a range, depending on the emission energy, of a few centimeters and produce short and fairly large traces. We did a test by inserting an alpha source of Am 241 (from smoke detector). The traces that are obtained in our cloud chamber are not very clear but are still visible as shown in the image and video below.

Muons, the heavy “cousins” of electrons, are continuously produced by the interaction of primary cosmic rays with the nuclei present in high atmosphere. These muons are very energetic and penetrating, they have energies of the order of 100 MeV – 1 GeV and are able to travel hundreds of meters within dense matter such as rock or water. The inside of the cloud chamber is constantly crossed by muons (with a rate of some event per second) coming mainly from the top. The traces of the muons with vertical direction are not clearly visible in our cloud chamber because the sensitive layer is only 1 – 2 centimeters thick. On the other hand, the traces of muons with more inclined directions are well visible, as shown in the picture below. The traces left by the muons are straight and clearly visible given the high ionization power of these particles. 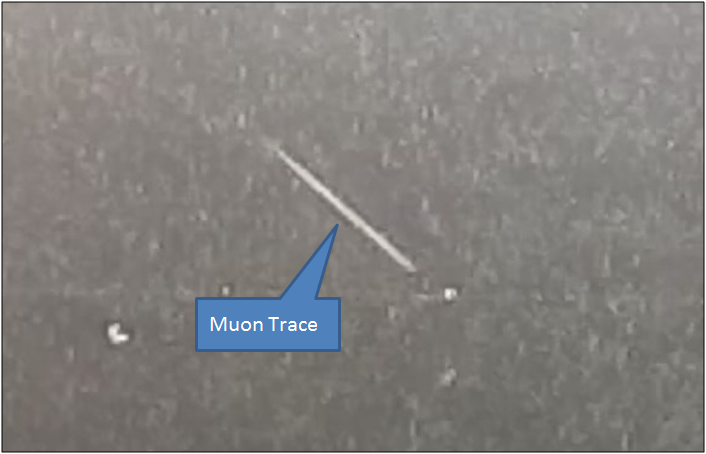 Electrons and positrons come from the beta-decay of radioactive elements, but may also come from the interaction of primary cosmic rays, just like the muons described in the previous paragraph. The traces left by the beta particles (electrons, positrons) are quite thin because the ionization power is rather small. If the energy is sufficiently high the traces will be straight, otherwise the traces will be irregular due to scattering. The most irregular traces can also be produced by photo-electrons produced by photoelectric effect. The pictures and videos below show some of these tracks. For these tests, we inserted a weak source in the cloud chamber, consisting of a fragment of uraninite embedded in a plastic disc. 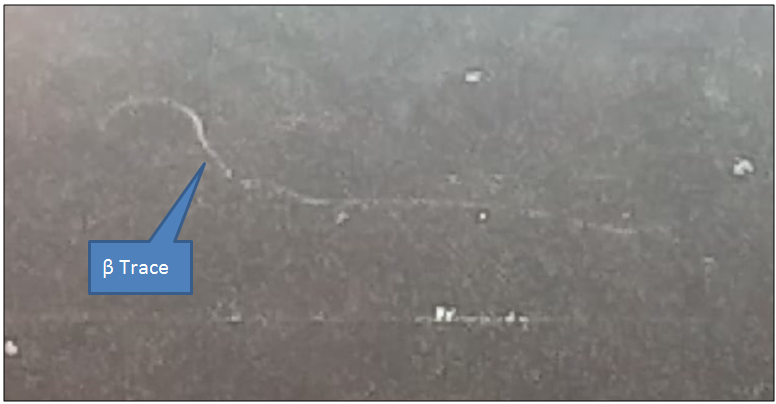 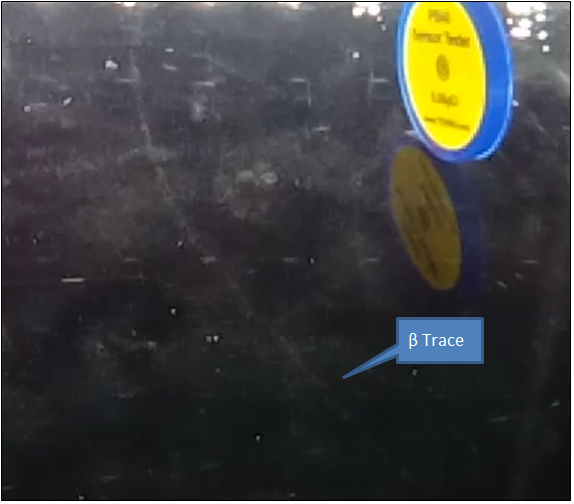 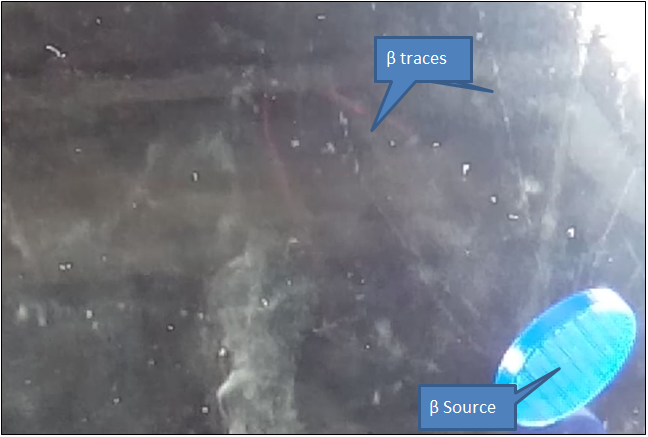 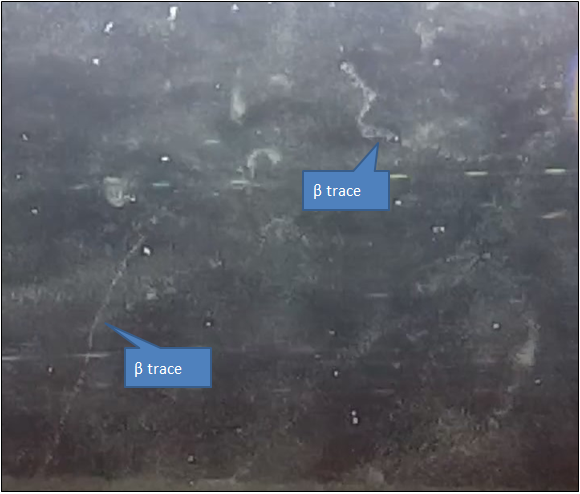