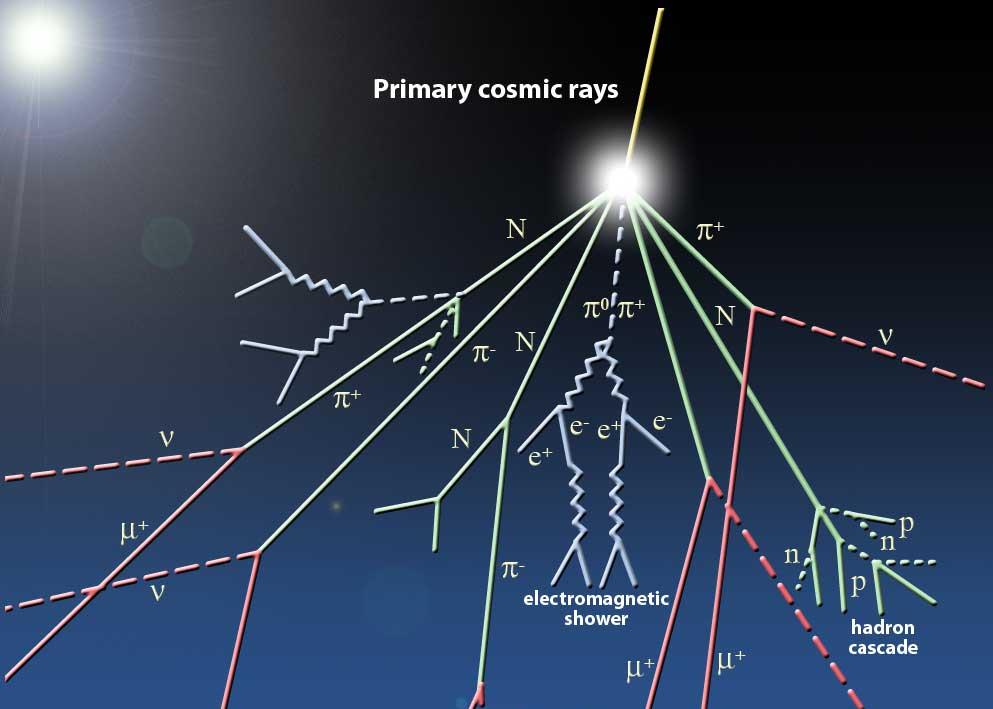 We continue the series of posts about PSoC describing the application of the coincidence detection circuit  to the case of cosmic rays. These have been treated in numerous articles and so here we simply expose the results we obtained using the PSoC-based coincidence detector. The system has been connected to two SiPM detectors coupled to plastic scintillators, as described in the figures below :

The plastic scintillators are particularly sensitive to charged particles and therefore they are suitable for the detection of β rays and cosmic radiation, which are composed for the most part by muons.
The pulses detected by the individual sensors are for the most part due to the passage of the muon through the plastic scintillator. Positioning the two sensors one above the other, as shown in the figure below, we select the muons which go through both plastic crystals, thus with direction and suitable energy.

Placing instead the two sensors side by side we obtain the coincidences due to distinct particles that have originated from the same primary cosmic ray, that is, they belong to the same cosmic shower.

The experimental setup is shown in the images below : 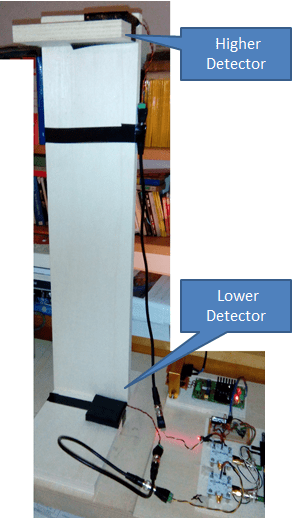 Detectors above one another at 65 cm distance

The values measured by the individual detectors vary from 12 to 17 CPM, so rather close to the “theoretical” value of 19 CPM. It must take into account that the quantum yeld of detectors is probably less than one, especially for the muons that pass away from SiPM : for these muons the probability of being detected is lower.

With the detectors positioned side by side the coincidence value is 0.14 CPM, low but not zero, demonstrating the existence of cosmic showers. Increasing the distance between the detectors the value is practically reduced to zero, at 50 cm distance, in different hours of measure, there has been only one pulse in coincidence.