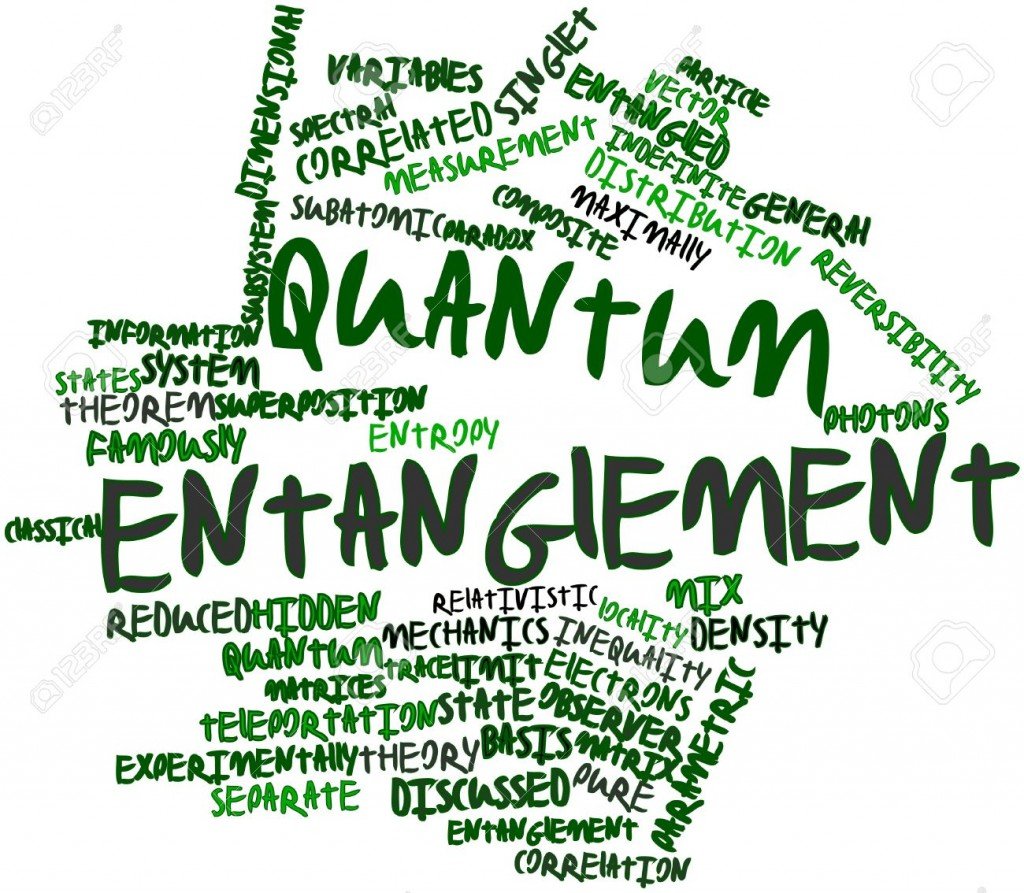 Quantum entanglement is a physical phenomenon that occurs when pairs or groups of particles are generated or interact in ways such that the quantum state of each particle cannot be described independently — instead, a quantum state may be given for the system as a whole.

Measurements of physical properties such as position, momentum, spin, polarization, etc., performed on entangled particles are found to be appropriately correlated. For example, if a pair of particles is generated in such a way that their total spin is known to be zero, and one particle is found to have clockwise spin on a certain axis, then the spin of the other particle, measured on the same axis, will be found to be counterclockwise; because of the nature of quantum measurement. However, this behavior gives rise to paradoxical effects: any measurement of a property of a particle can be seen as acting on that particle (e.g., by collapsing a number of superposed states); and in the case of entangled particles, such action must be on the entangled system as a whole. It thus appears that one particle of an entangled pair “knows” what measurement has been performed on the other, and with what outcome, even though there is no known means for such information to be communicated between the particles, which at the time of measurement may be separated by arbitrarily large distances.

An entangled system is defined to be one whose quantum state cannot be factored as a product of states of its local constituents (e.g., individual particles). If entangled, one constituent cannot be fully described without considering the other(s). Note that the state of a composite system is always expressible as a sum, or superposition, of products of states of local constituents; it is entangled if this sum necessarily has more than one term.

Quantum systems can become entangled through various types of interactions. Entanglement is broken when the entangled particles decohere through interaction with the environment; for example, when a measurement is made.

As an example of entanglement: a subatomic particle decays into an entangled pair of other particles. The decay events obey the various conservation laws, and as a result, the measurement outcomes of one daughter particle must be highly correlated with the measurement outcomes of the other daughter particle (so that the total momenta, angular momenta, energy, and so forth remains roughly the same before and after this process). For instance, a spin-zero particle could decay into a pair of spin-½ particles. Since the total spin before and after this decay must be zero (conservation of angular momentum), whenever the first particle is measured to be spin up on some axis, the other (when measured on the same axis) is always found to be spin down. (This is called the spin anti-correlated case; and if the prior probabilities for measuring each spin are equal, the pair is said to be in the singlet state.)

The same experiment has been carried out using a PSoC (programmable system on chip) instead of the bunch of components shown in the image above. The link to this newest post is the following : PSoC Coincidence Detector – II

Without scatterer and tuning the threshold of discriminator around 100keV the following counting rates are obtained : 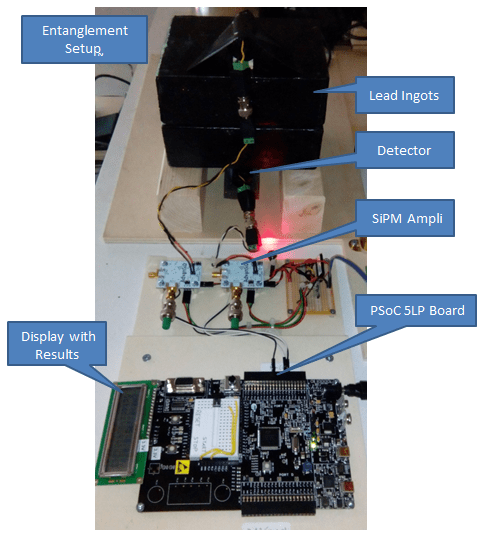