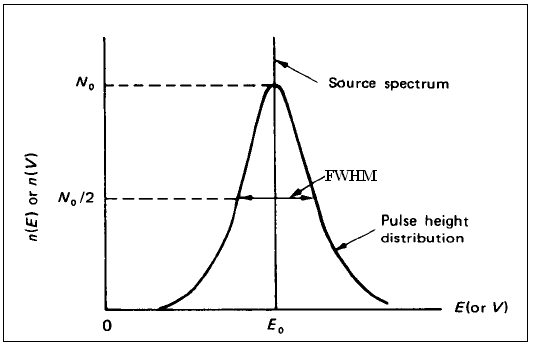 The absorption of the gamma ray inside the scintillation crystal and the production of photo-electrons inside the PMT are essentially random processes, thus the Poisson and Gaussian statistical distribution could be applied to explain the broadening of the lines.

The energy resolution is measured as the full width at half maximum (FWHM). To a first approximation the gamma ray line width (FWHM) is 2.35σ, where σ is the standard deviation of the Gaussian distribution related to the statistical fluctuations in the number of photo-electrons, Ne, that are collected from the photocathode of the phototube. From the Gaussian distribution we have :

The number of photo-electrons Ne is proportional to the gamma energy: Eγ , thus we can have for the resolution R :

For the NaI(Tl) scintillation crystals the energy resolution is about from 5% to 10% but could be improved with software algorithm which can partially compensate the crystal broadening, like in the Theremino MCA. 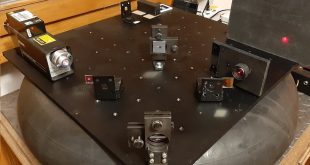